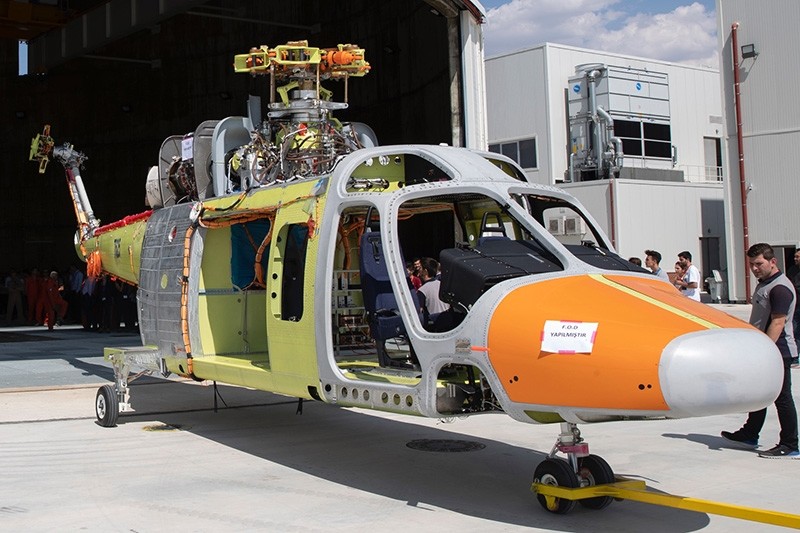 The prototype of Turkey's T625 Multirole Helicopter has completed ground tests and is on schedule for its first test flight.

The Turkish Aerospace Industries (TAI)'s Original Helicopter Program, under the coordination of the Undersecretariat for Defense Industries (SSM), is progressing on schedule to complete its first flight later this year and begin serial production after 2021.

The helicopter prototypes have been transferred to the facilities where the ground tests were carried out and where flight tests will be launched after extensive system and ground tests.

The Original Helicopter Program, envisioned to meet the needs of the Turkish Air Force and other security institutions, was launched by the Defense Industry Executive Committee (SSIK) in June 2010.

TAI and SSM signed a contract in September 2013 to develop the helicopter for both domestic and international markets.

The T625 Multirole Helicopter is a twin-engine, six-ton-class aircraft designed for high mission flexibility even in the toughest of geographical environments and adverse weather conditions.

The helicopter is designed for two crew and 12 passengers. The large cabin space can be arranged to meet various operational needs, such as VIP transportation, ambulance and search & rescue operations.

The T625 Multirole Helicopter's body, powertrain, rotor system, landing gear and autopilot systems were all produced by TAI. In addition, the helicopter's avionics systems were designed and produced domestically.

Civil certification process of the helicopter is ongoing with the Turkish Directorate General of Civil Aviation and European Aviation Safety Agency (EASA).