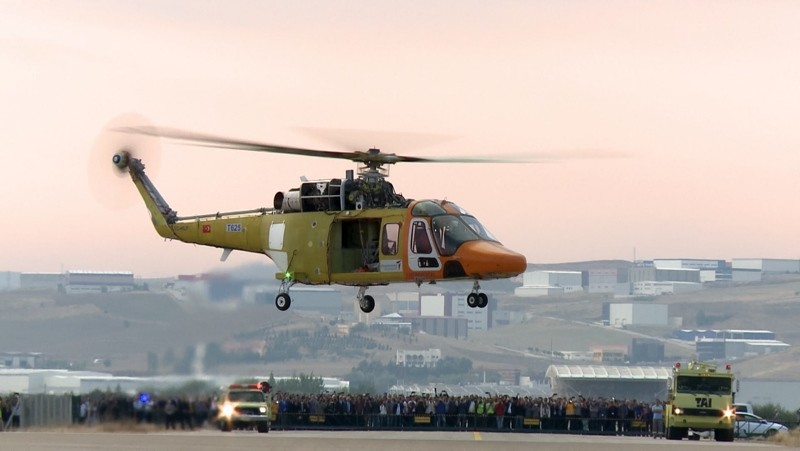 The first helicopter manufactured in Turkey using only local resources has taken off for the first time early Thursday at the Turkish Aerospace Industries (TAI) facilities in Ankara's Kahramankazan district.

"As we promised, the inaugural flight of our T625 helicopter, took place on September 6 thanks to the overachievement of Turkish Aerospace Industries," Turkish Defense Industries (SSB) announced on its official Twitter account.

Demir also congratulated people who contributed to the helicopter's design and production process.

The multi-role helicopter is designed to operate under extreme weather conditions.

Engine manufacturing, design and production in Turkey is gaining speed as part of the 100 Day Action Plan announced by President Recep Tayyip Erdoğan, in which manufacturing fully local made engines was set as a goal.

The Domestic Helicopter Program (Özgün Helikopter Programı), the project to manufacture Turkey's first locally made helicopter was initiated under the leadership of the Undersecretariat for Defense Industries in 2013, and is maintained by the Turkish Aerospace Industries (TAI).