No more arms exports to Saudi, Merkel says in aftermath of Khashoggi murder 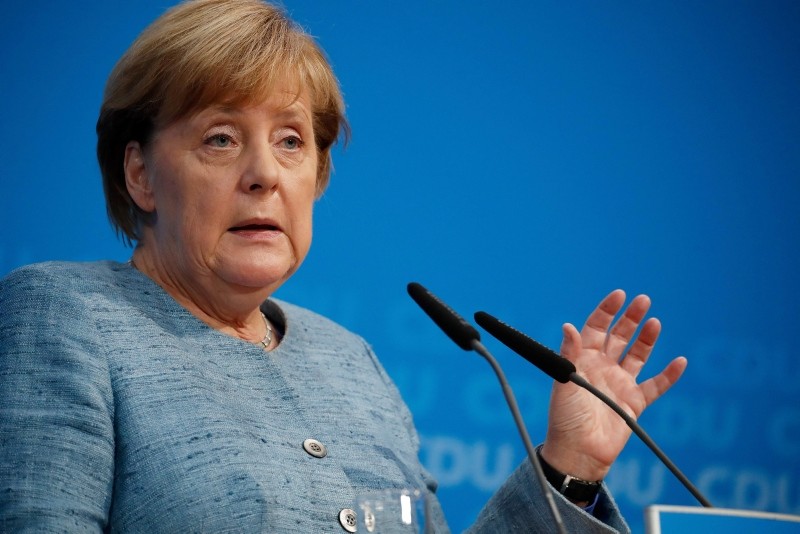 German Chancellor Angela Merkel addresses a press conference in Berlin on October 21, 2018 ahead of next weekend's regional elections in the west German state of Hesse. (AFP Photo)
by Daily Sabah with Agencies Oct 21, 2018 12:00 am

Campaigning for her party in a regional election, Merkel repeated to a news conference her earlier condemnation of Khashoggi's killing, which Saudi Arabia admitted had taken place inside its consulate in Istanbul.

"First, we condemn this act in the strongest terms," she said. "Second, there is an urgent need to clarify what happened - we are far from this having been cleared up and those responsible held to account ... As far as arms exports are concerned, those can't take place in the current circumstances."

Germany's Foreign Minister Heiko Maas had called Saturday for a halt to German arms exports while the investigation into Khashoggi's death continues.

Germany and Saudi Arabia only returned their ambassadors in September after 10 months of frosty relations following criticism from Berlin of what it said was Saudi interference in Lebanese affairs.

The Khashoggi case has opened a serious new rift with European partners Britain, France and Germany saying in a joint statement earlier that Saudi Arabia must clarify how Khashoggi died inside its Istanbul consulate, and its account must "be backed by facts to be considered credible."

On Saturday, after weeks of denying any involvement in Khashoggi's disappearance, Saudi Arabia said the 59-year-old died in a fistfight at the consulate.

But it has faced a growing chorus of incredulity over its belated explanation that he died in a "brawl," as world powers demand answers and the whereabouts of his body.