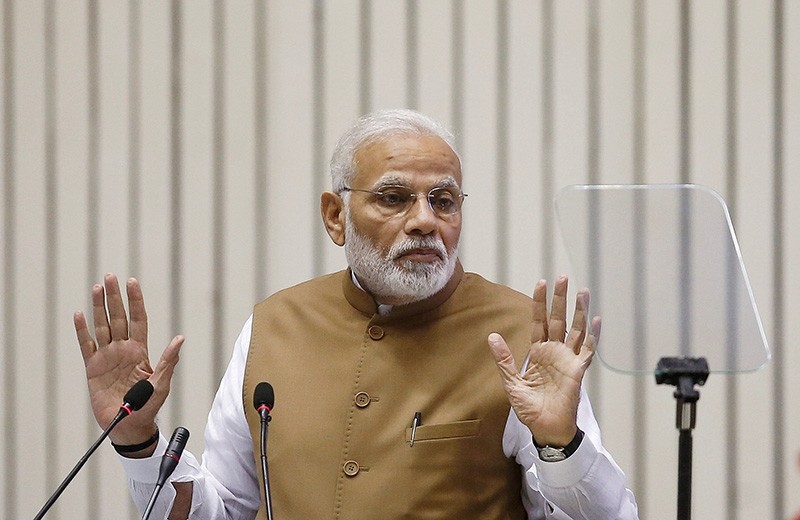 India said on Monday its first domestically-built nuclear-powered submarine had recently completed a "deterrence patrol," giving it the capability to fire nuclear weapons from land, air and sea in the event of any "misadventure" by enemies.

With nuclear-armed China to its north and nuclear-armed Pakistan to its west - both of which India has fought wars with - India's nationalist prime minister, Narendra Modi, said the INS Arihant was a "fitting response to those who indulge in nuclear blackmail."

He did not elaborate.

"Amid an increase in the number of nuclear weapons in our surroundings, a credible nuclear deterrence is extremely important for our country's security," he told the crew of the submarine in a speech televised nationwide.

"Arihant is an open warning for the country's enemies, for the foes of peace: don't try any misadventure against India."

Though India's relations with China are warming, particularly in the area of trade, ties with Pakistan have nosedived under Modi, who has adopted a more assertive strategy towards the arch rival.

Modi said a successful month-long patrol by Arihant, which was commissioned in 2016, had completed India's goal of having the capacity to deliver nuclear warheads with aircraft, missiles and submarines, 20 years after conducting its first nuclear tests.