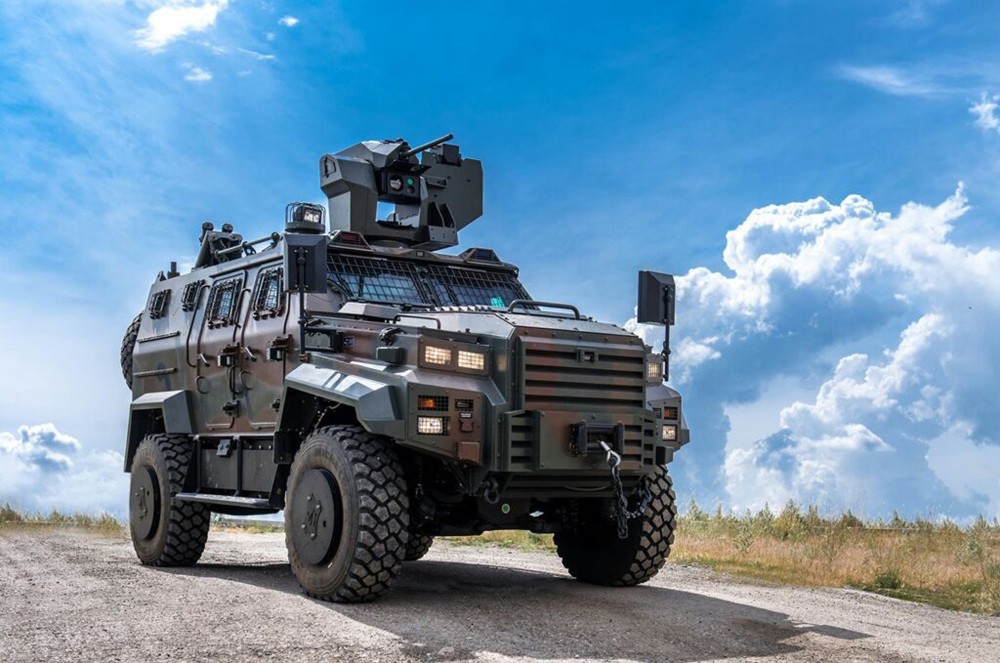 The development of the aerospace and defense industry in recent years, which has enabled various platforms, systems and capabilities to be demanded from overseas markets, has paved the way for the exports of the industry. The defense and aviation industry saw its exports increase by 14.4 percent to $1.55 billion in the January-October period this year. According to the data compiled from Turkish Exporters Assembly (TİM), the same figure stood at $1.36 billion in the same period of last year. Among the most notable countries in terms of export increases in the 10-month period of this year was Oman, which has decided to strengthen its inventory with Turkey's armored land vehicles, to where sales skyrocketed by 1.48 percent year-on-year to $150.51 million, the TİM data showed.

State-run and private aviation and defense companies manufacture several types of products, such as unmanned aerial vehicles, weapons, tanks, armored cars and command and control systems, which are used around the world.

FNSS Defense Systems Inc., one of the leading land vehicle manufacturers and one of the top four Turkish defense industry exporters, had won a tender for the vehicles needed by Oman Royal Land Forces with its armored vehicle Pars in an export deal totaling around $513 million.

Aviation and defense industry exports to Senegal, which added Nurol Makina's Ejder TOMA and 4x4 armored combat vehicles Ejder Yalçın to its inventory, surged by 2,173 percent and totaled around $12.7 million in the said period, up from the last year's $558,000.

The industry's sales to Azerbaijan also rose by 63 percent to $31.23 million, up from $19.1 million in the January-October period last year.

Exports to the Turkey's largest trade partner, Germany, saw a rise of 6.68 percent year-on-year in the first ten months to $185.5 million, up from $173.88 million in the same period last year.

Evaluating the export figures, FNSS General Director and CEO K. Nail Kurt was quoted by Demirören News Agency (DHA) as saying that before selling Pars armored vehicles to Turkey, their biggest sale abroad was carried out to Malaysia with $550 million.

"At the time, it was the largest single-item export of the defense industry. We signed this in 2011, followed by the export agreement with Oman, again Pars armored vehicles, namely Pars III 8 × 8 and Pars III 6 × 6. It was the deal amounting to $513 million. At the moment, Pars's total export value has exceeded $1 billion," he added.

FNSS CEO also suggested there was a high possibility of an important export deal in Indonesia, adding that they jointly developed a medium-weight tank, which was mainly designed by FNSS, with an Indonesian company.

"Its development contract has been ongoing for about three years. We have completed it and manufactured two prototypes. It has successfully passed the test in Indonesia this year. It is also a new market for the Turkish defense industry… We are also going after a mass production contract. In a year or two, there is a high possibility of an important export deal in Indonesia. We are continuing with Malaysia, we are following Saudi Arabia, and there will be some additional projects in Oman," said Kurt.