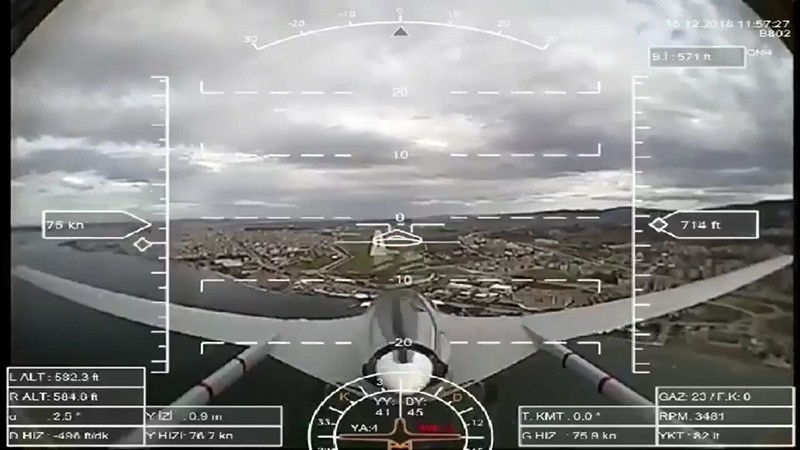 Baykar Machinery Technical Manager Selçuk Bayraktar made the announcement on Twitter, posting a video from the flight.

The Turkish Naval Forces will use SIHAs to assist with operations against irregular migration and illegal trafficking in the North Aegean Sea region.

The Bayraktar TB2 armed drones, produced by Baykar and operationally used since 2015, have also been used to support Turkey's fight against terror on its southern border and during cross-border operations in Syria.

The Bayraktar TB2, which is developed and produced nationally and originally with electronic, software, aerodynamic, design and sub-main systems, is capable of carrying approximately 1.5 tons of useful load, i.e. cameras and ammunition. It has a record altitude of 27,030 feet for over 24 hours in the air and can operate day and night with useful loads.

Performing active reconnaissance, surveillance and intelligence flights, the Bayraktar TB2 has the ability to transmit the images it obtains to operation centers without delay, and to attack targets with its weapons systems.