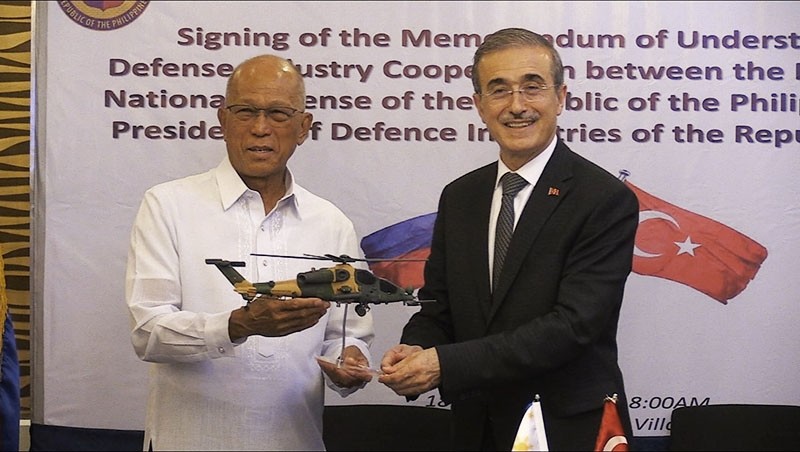 Turkey and the Philippines signed a memorandum of understanding for defense cooperation in the Philippine capital Manilla on Tuesday.

The deal was signed by Ismail Demir, the head of Turkey's Defense Industries Presidency (SSB), and Delfin Lorenzana, the Defense Secretary of the Philippines.

Aerial and offshore platforms, tanks, armored cars modernization, and shooting platforms are also on the table, he noted.

"Cooperation in technology and local talent development are key to the bilateral relations with the Philippines," Demir said.

The Philippine Air Force was planning to purchase 24 attack helicopters within the scope of the Attack Helicopter Acquisition Project, but reduced the number to eight to 10 due to budgetary concerns.

Turkey previously inked an agreement with Pakistan for the sale of 30 ATAK helicopters.

Designed in accordance with the challenging climate and geography conditions, the T129 ATAK is used in the inventory of the Turkish Armed Forces and the Ministry of the Interior with the new generation mission and weapons systems and the highest performance and maneuverability features in its class. ATAK is one of the most important players in the competition in global markets with its features.