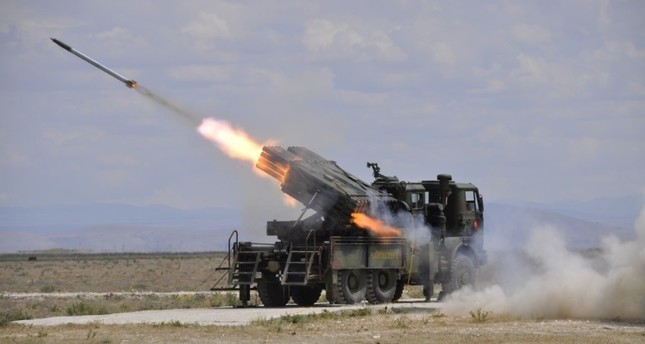 The video shared by Turkish Defense Industry Chief Executive İsmail Demir on his Twitter account shows the Bora missile system successfully hitting a target located 280 kilometers away in a test-fire.

Demir wrote, "Our Bora missile hit a target 280 kilometers away with a point precision."

The first test of Bora, which means "storm" in Turkish, was successfully carried out in Turkey's northern city of Sinop in May 2017.

The Undersecretary of Defense Industries has been working on the project since 2009, and Turkish defense contractor Roketsan was charged with the development and production of the missile system.

Bora was previously introduced in February at the Dubai International Defense Exhibition and Conference (IDEX) 2017, which is the largest defense industry fair in the Middle East. Although the missile is known as "Bora" in Turkey, it was promoted in the international arena for export as "Khan." The missile has a 610 mm radius and weights 2,500 kilograms.