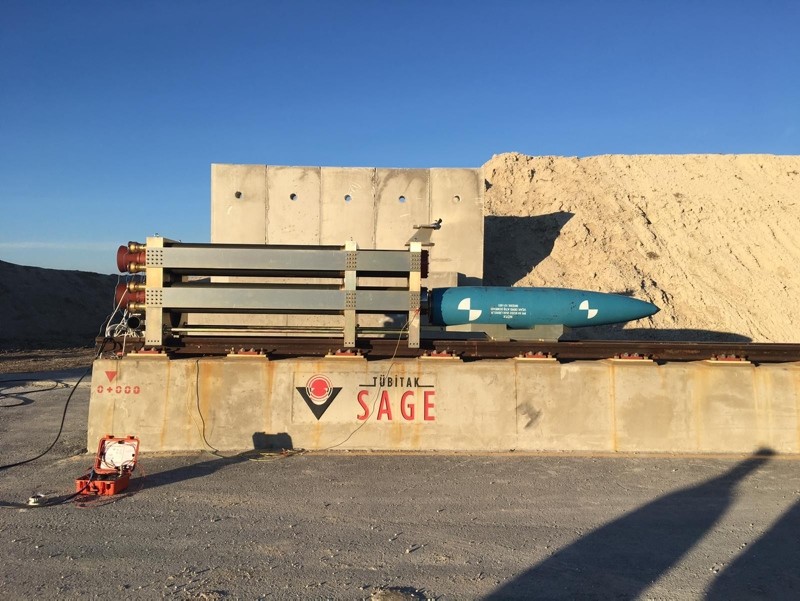 "An approximately one-ton ammunition accelerated to 1.5 times the speed of sound, hitting the target. A significant success was achieved for our defense industry," Varank said a tweet Thursday, calling the test "a historic moment."