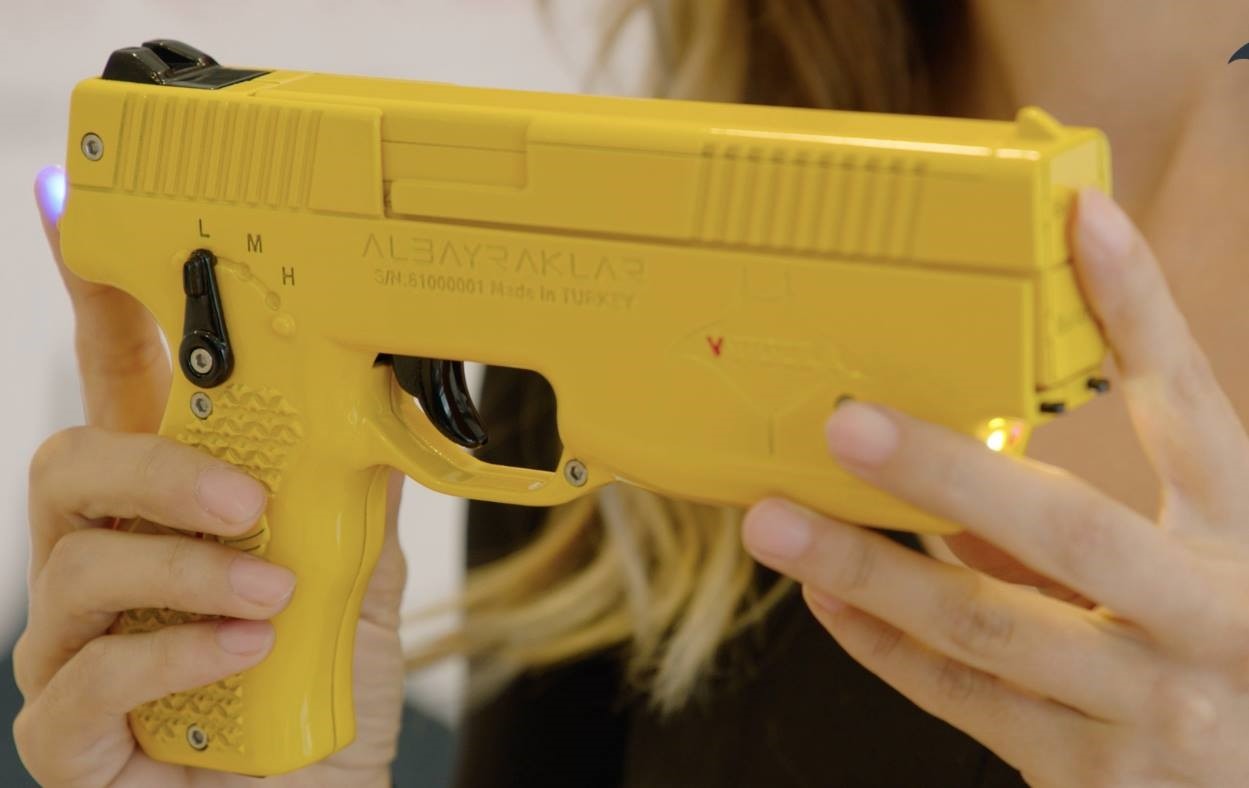 Albayraklar Defense Technologies Industry Inc, which developed the weapon, inked a collective agreement with Zagreb-based firm Kalender Consulting for the representation and distribution of the Wattozz in Albania, Bosnia and Herzegovina, Croatia, Kosovo, Macedonia, Serbia and Slovenia.

In a written statement Adnan Albayrak, executive board chairman of the company, explained the weapon's high demand was the fact that it is the world's first and only remote-controlled wireless electroshock device.

Saying that the use of firearms will be reduced when police forces start to use the electroshock weapon, Albayrak added: "Unwanted situations such as death and severe injury will be prevented. We are very happy and proud of the great interest shown by the world security forces and private security units in our domestic weapons. We also started evaluating distribution and purchase requests one by one and making agreements."

The statement said a preliminary sales contract was also signed with Georgia-based company Ayem Caucasus, adding that there will be meetings in the near future with delegations from Germany, England and Vietnam.

Wattozz is a remote-controlled, multi-shot wireless electroshock weapon, which the company describes as "the most advanced non-lethal law enforcement weapon in the world." The weapon is designed to incapacitate an offender from a safe distance without causing death or permanent injury.