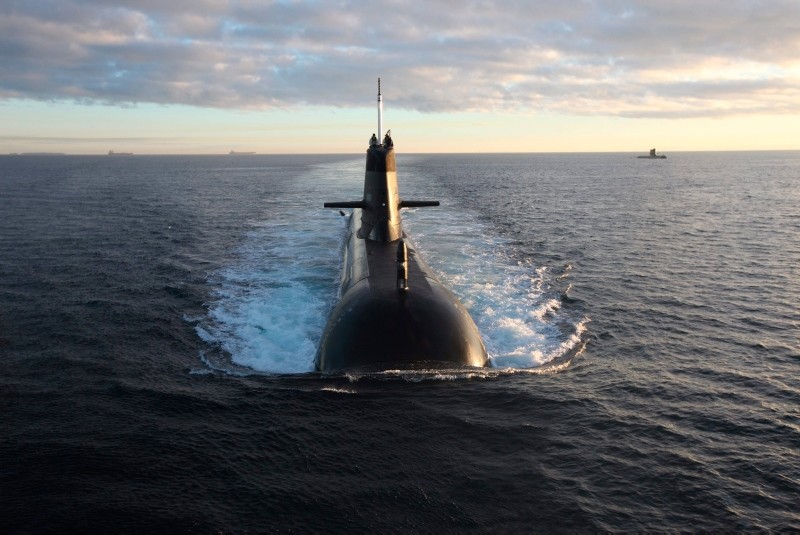 Royal Australian Navy (RAN) Collins Class submarines have been captured in impressive imagery, whilst exercising off the West Australian coast.
by Feb 17, 2019 5:47 pm

Saudi Arabia signed a preliminary agreement Sunday with France's Naval Group to build warships in the kingdom, as part of its efforts to develop domestic manufacturing capabilities.

Saudi Arabia, among the top five defense spenders in the world, has been fighting a costly war in Yemen since 2015 in support of the internationally recognized government against the armed Houthi movement.

"Through design, construction, and maintenance activities the joint venture will contribute significantly to further enhance the capabilities and readiness of the Royal Saudi Naval Forces," he said.

Saudi Arabia set up SAMI in 2017 to develop manufacturing capabilities with the aim of producing half of the country's required military equipment domestically by 2030.

The localization of Saudi Arabia's military needs is part of efforts led by de-facto ruler Crown Prince Mohammed bin Salman to diversify away from an oil-based economy.

Neighbour UAE has heavily invested in developing its own manufacturing capabilities and has military and civilian contracts with several foreign companies.

SAMI signed an agreement with Abu Dhabi state-fund Mubadala on Saturday to co-invest in manufacturing, maintenance, and engineering.

Military deals with Saudi Arabia have come under renewed scrutiny since the October killing of Washington Post columnist Jamal Khashoggi in the Saudi consulate in Istanbul.

Germany halted arms exports to Saudi Arabia over what it said was the uncertainty surrounding the murder.

Paramount Group Chairman Ivor Ichikowitz told Reuters that had created a "huge opportunity" for those outside of Europe such as his South African defense firm.

"I think some of them may be quite short sighted but quite honestly that is their problem and we are quite happy to be continuing," he said.

Paramount has held talks with the Saudi Arabian government to establish production facilities in the kingdom.

The U.S. Senate, in a largely symbolic gesture, voted in December to end U.S. military support for the war in Yemen and blame the Saudi crown prince for the murder of Khashoggi. Saudi Arabia denies its crown prince was involved.