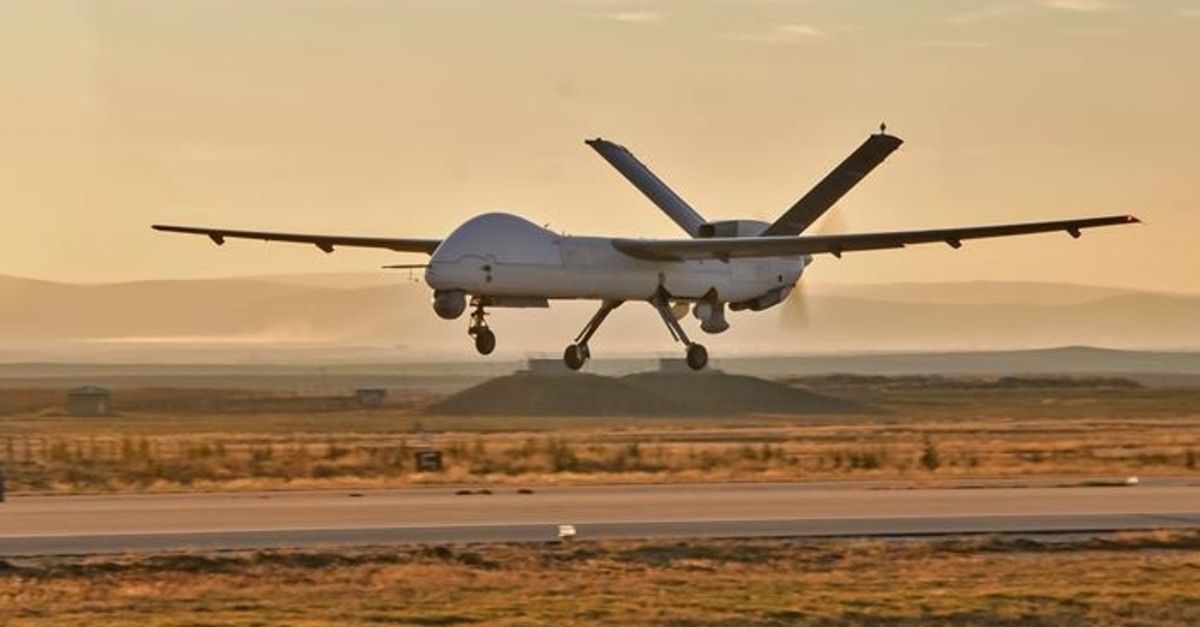 The leading aviation manufacturer of the domestic defense industry, Turkish Aerospace Industries (TAI) continues its efforts to meet the country's demand for unmanned aerial vehicle (UAV) systems. The engine of Turkey's new UAV ANKA-2, which will have a higher payload capacity than the current UAVs, delivered a successful performance during testing. The brand new ANKA-2 is expected to make its first flight this year.

Having previously developed the advanced Medium Altitude, Long Endurance (MALE) class unmanned aerial system, TAI introduced the ANKA Blok-B UAV, which has an endurance of more than 24 hours, a payload capacity of 200 kilograms and can fly at a maximum altitude of 30,000 feet.

By benefiting from the capabilities of ANKA-B, TAI also developed ANKA-S that can be controlled via satellite and has a task range of thousands of kilometers and brought it into the country's inventory.

The Turkish Armed Forces (TSK) currently has eight ANKA-S's in its inventory. At a previous defense industry committee meeting, the decision to provide 22 UAVs for the military was taken. Accordingly, 16 ANKA-S's and six ANKA B's will be delivered to the security forces. The timeframe for the delivery has not been disclosed.

TAI has launched the ANKA-2 project with its own resources to develop the new UAV with a higher payload capacity. The ANKA-2 is the twin-engine version of ANKA-S.

The mid-altitude, long endurance, double-engine ANKA-2 can conduct a range of missions such as real-time intelligence, surveillance and reconnaissance (ISR). With a 25,000-feet altitude range and a 24-hour flight time, ANKA-2 can carry more than 700 kilograms in payload.

The engine used in the development process of ANKA-2 will be replaced by the PD170 turbo diesel aerospace engine developed by Turkish Engine Industries (TEI) and will operate with the ANKA-2 domestic engine. The PD170 engine successfully completed its first flight with ANKA in December 2018. In a statement to Anadolu Agency (AA), TAI General Manager Temel Kotil said their projects focus on meeting the needs of the allied countries, especially the TSK, with their engineering power and design capabilities, stressing that they have launched the ANKA-2 Project with their own resources with this approach.

"We have left behind an important stage in the project and ran ANKA-2's engine two days ago. The first flight of our vehicle will take place within this year. We built the ANKA-2 on the ANKA platform," Kotil said, stressing this is how TAI will operate from now on, by building another platform based on a platform.

Suggesting that in this approach, the first platform may have been time-consuming and costly, but that the second platform can be introduced in a much shorter time and at much more affordable costs, Kotil said they increased the payload capacity of ANKA, which has a capacity to carry 200 kilograms, to 700 kilograms at a low cost.

"Our ATAK-2 helicopter is based on the ATAK helicopter which was manufactured with a similar approach," he continued. "We will continue to develop a much better second product based on the previous product, thus creating product families that can meet different needs."