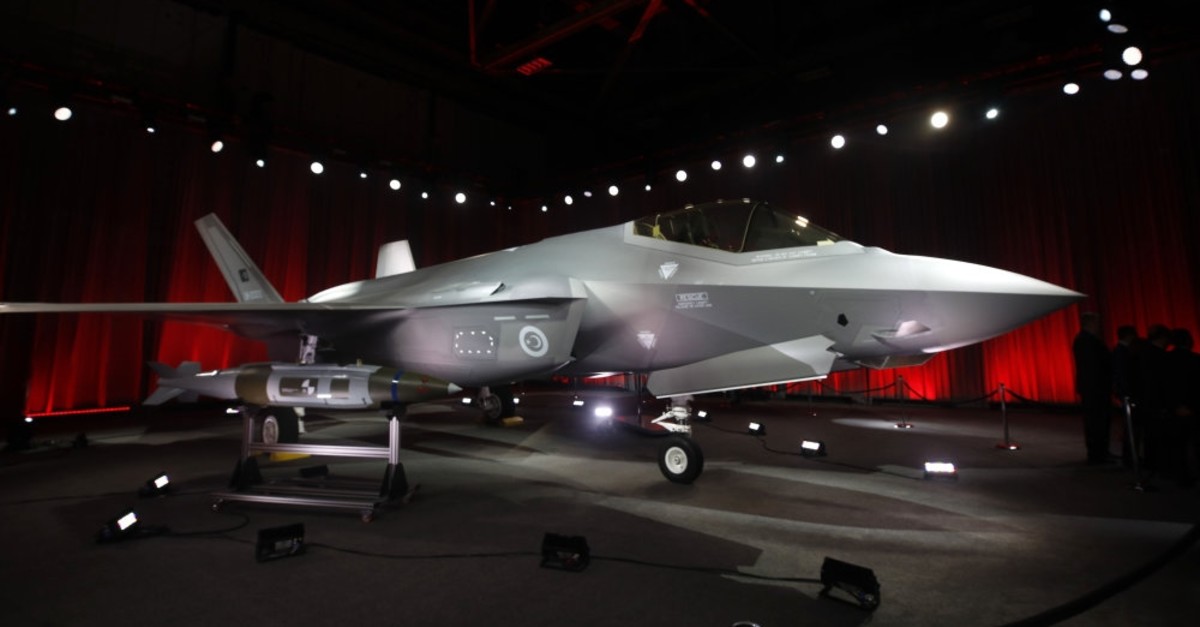 Turkey does not see the S-400 deal as an alternative to the U.S.-made Patriot systems. The country also opposes the use of the F-35 program as leverage to block the procurement of the Russian-made missile system

When Ankara decided to diversify its air defense systems with the purchase of the S-400 missile defense system from Russia in 2017, it sparked a rift with Turkey's NATO ally – the U.S. The recent battle of diplomatic rhetoric between the two allies culminated with threats from the U.S. State Department and a top American general commanding U.S. forces in Europe openly declaring that if Ankara does not drop its plans to proceed with the S-400 purchase, F-35 jet fighters will not be delivered to Turkey. U.S. officials also claimed that Turkey and its companies will be removed from the F-35 program while a series of sanctions could be imposed on Ankara, targeting its defense industry.

However, Turkish officials have repeatedly stressed that the S-400 deal is not a threat to NATO systems and is not on the table to be used as a bargain against F-35 jets and Patriot negotiations. Ankara's decision to resort to the Russian-made surface-to-air missile (SAM) system is the result of a comprehensive calculation of geopolitical risks compelling the country to look for alternatives to strengthen its defense systems. While Washington argued that the purchase of the Russian-made S-400 missile systems could risk the security of some U.S.-made weapons and other technology used by NATO, including the F-35 fighter jets, Turkish authorities resolutely expressed Ankara's commitment to honoring the deal with Russia.

"We have made the S-400 deal with Russia, so it is out of question to take a step back. The job is done. When it comes to the Patriots, we are open to buying them. However, this purchase needs to serve the interests of our country," President Recep Tayyip Erdoğan said in February.

In response to the statements by the U.S. officials, Foreign Affairs Minister Mevlüt Çavuşoğlu said yesterday that Turkey had previously made offers to buy NATO systems from allies. But they have obstructed the sale of even simple defense systems to Turkey. When Turkey opted for a Russian-made system with the purchase of the S-400, the allies have started to become agitated. "If we are NATO allies and boost our cooperation, you should respond to Turkey's demands," Çavuşoğlu added and emphatically stated that they cannot intervene when Turkey wanted to buy a non-NATO system.

Turkey's firm standpoint on enriching its defense systems, which currently does not have a surface-to-air defense system against national security threats, including U.S. armed terror groups in northern Syria, have led U.S. officials to start negotiations on the compatibility of the Russian-made system. As an answer to the concerns of the U.S. delegation that visited Turkey last month, Turkish officials assured the delegation the S-400 will be based on domestic software and will operate with its unique radar, detection and surveillance systems.

As Turkish defense industry officials and politicians continued their work on the S-400 deal, their U.S. counterparts only raised the volume of their threats, the last of which came on Tuesday.

During a Senate Armed Services Committee hearing, U.S. Army Gen. Curtis Scaparrotti, the head of U.S. forces in Europe, said, "My best military advice would be that we don't then follow through with the F-35, flying it or working with an ally that's working with Russian systems, particularly air defense systems, with what I would say is probably one of most advanced technological capabilities."

Scaparrotti suggested that he would recommend that the United States not sell Lockheed Martin F-35 jets to its NATO ally Turkey if Ankara does not drop its plans to buy S-400 missile defense systems from Russia.

Meanwhile, U.S. State Department said Washington has made clear to Turkey that if it proceeds with the purchase of S-400, the United States will have to reassess Ankara's participation in the F-35 fighter jet program.

"We've clearly warned Turkey that its potential acquisition of the (Russian) S-400 (air defense system) will result in a reassessment of Turkey's participation in the F-35 program and risk other potential future arm transfers to Turkey," U.S. State Department spokesman Robert Palladino told a briefing.

In August 2018, the Trump administration approved a defense budget law delaying delivery of F-35 jets to Turkey, citing Turkey's purchase from the Russians. Two months later, a Pentagon report said Turkey could face expulsion from the F-35 program if it goes ahead with the purchase.

Since Turkey is a Level-3 partner in the multinational F-35 project, Turkish defense companies even produce high-end SOM-J missiles for the Joint Strike Fighter program.

The country plans to purchase 100 F-35 fighter jets in the coming years. Out of 100 aircraft, 30 have been approved. The country took delivery of its first F-35 fighter jet at a ceremony in Fort Worth, Texas, on June 21, 2018. Two more F-35s are expected to be delivered this month.

Turkey, as a NATO member with the second-largest army in the alliance, has not taken the decision to acquire a Russian-made surface-to-air-missile without broad calculation of geopolitical risks. The country's doorstep is abundant with ballistic missile proliferation and rogue weapons of mass destruction (WMD) programs, as well as increasing terror threats by groups in northern Syria, including the People's Protection Units (YPG) and Daesh. The YPG is the Syrian affiliate of the PKK, a terror group designated by the U.S. and EU.

As a matter of fact, when Turkey wanted to the buy Patriot system from the U.S. in 2009 during Barack Obama's term, Congress declined the offer for the sale of the Patriot PAC-3 batteries worth $7.8 billion at the time. Not selling the necessary missile systems to its NATO allies, Washington continued to provide extensive arms support to terror groups in Syria that have continuously attacked Turkey and claimed hundreds of lives.

However, Turkey's firm stance on the S-400 deal has led U.S. officials to make Turkey an offer for the Patriot defense system at much more lower cost.

In January, the U.S. made an official offer to Turkey for a $3.5 billion sale of the Patriot missile and air defense systems during the visit of a U.S. delegation. The provision of credits, technology transfer and joint production were discussed during the visit.

In a January report entitled "Strategic Weapons Systems in the Turkey-Russia-U.S. triangle," the Center for Economics and Foreign Policy Studies (EDAM) recommended that the S-400 procurement could evolve toward different face-saving options that would provide tactical air defense capabilities for army formations. "In this respect, the Russian defense industry offers various low-to-medium range, mobile air defense solutions. These arms do not fall under the strategic weapon systems category, and should cause much less 'political debris' when compared to the S-400."

Arda Mevlütoğlu, a defense industry expert at the Institute for Future Research, also suggested that Turkey should not backtrack from the deal to procure the S-400 system. "In order to prevent further escalation, Turkey may come up with another formula to locate the S-400 batteries, including their position in overseas Turkish bases," he said.

The determinant standpoint of Turkey and the U.S. with regards to the S-400 deal have led to an exacerbation of tension between the two allies, said Mevlütoğlu. Commenting on the sanctions threats of U.S. officials, he said, Turkey may face three kinds of sanctions, including the cancellation of the F-35 jets, the removal of Turkish defense firms from the program and triggering the Countering America's Adversaries Through Sanctions Act (CAATSA), which was introduced in July 2017 to be imposed on companies or countries doing business with Iran, Russia and North Korea.

In 1998, at a time when Russia's integration into NATO was only whispered about and U.S.-Russia ties were on moderately good terms, Greek Cyprus purchased the Russian S-300 defense systems and intended to locate them on the island. However, over Ankara's objections, Greece integrated it on the island of Crete. These systems are now used for NATO drills. In 2015, Israeli forces tested ways of defeating the S-300 missile system located in the Middle East. The Russian S-300 anti-aircraft system was also activated during joint drills between the Greek and Israeli air forces that year.