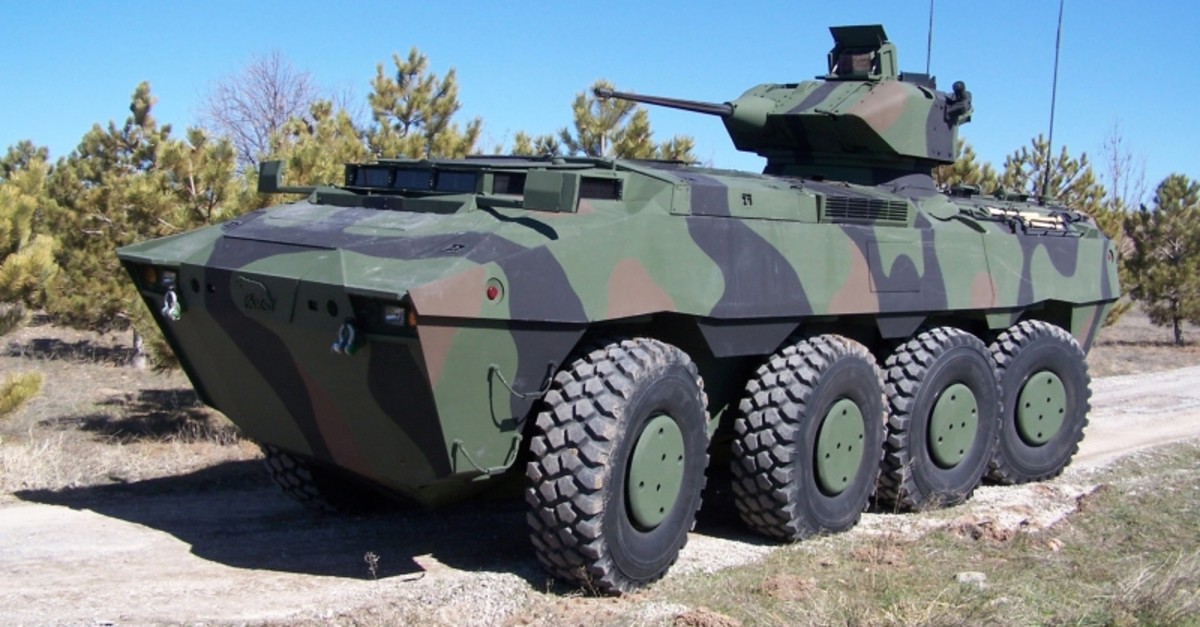 As global arms sales posted a near 8 percent in the five year period between 2014 and 2018, Turkish defense industry boosted its market with an increase of 170 percent in exports, a Swedish-based research institute said Monday.

In its latest review of global arms transfers, the Stockholm International Peace Research Institute (SIPRI) estimated that the global volume of arms transfers increased by 7.8 percent in the 2014-2018 period, compared to 2009-2013.

The United States provided over a third of global arms during the past five years, enhancing its role as the world's top weapons seller. The U.S. accounted for 36 percent of global arms sales during the period - up from 30 percent from the 2009-2013 period.

The U.S. sold arms to at least 98 countries, far more than any other major supplier, SIPRI said.

Just over half of the U.S. sales went to the Middle East, where Saudi Arabia alone accounted for 22 percent of U.S. sales, making it the country's single-most important market.

With an increase of 192 percent in arms imports, Saudi Arabia was the world's top arms importer during the period, accounting for 12 percent of global imports. In addition to the U.S., its main suppliers were Britain and France.

Exports to the Middle East region almost doubled between 2009-2013 and 2014-2018, SIPRI said. Other large regional importers were Egypt, the United Arab Emirates (UAE) and Iraq.

Egypt's arms imports tripled in the same period, with Russia, the U.K. and France being the top suppliers. Imports by Israel, Qatar and Iraq increased 354 percent, 225 percent and 139 percent, respectively.

"Weapons from the U.S., the United Kingdom and France are in high demand in the Gulf region, where conflicts and tensions are rife," said Pieter Wezeman, senior researcher with the SIPRI arms and military expenditure program.

Russia, the world's second-largest exporter with one-fifth of global arms deliveries, sold weapons to 48 countries, the think tank said. Over half of Russia's exports went to India, China and Vietnam.

Compared to 2009-2013, Russia's exports declined by 17 percent, partly due to reduced imports by India and Venezuela, SIPRI said.

Well over half of India's arms were imported from Russia. Israel and the U.S. were other large suppliers to India.

Australia has stepped up its imports of aircraft and ships amid a perceived threat in the region.

Algerian imports made up some 56 percent of all African arms imports.

SIPRI said China supplied major arms to 53 countries although volumes were "relatively small." Pakistan imported over two-thirds of its major arms from China.

Several large importers including India, Australia, South Korea and Vietnam do not import from China over political reasons.

China was the world's sixth largest arms importer but has decreased imports by developing its own weapons systems, SIPRI said.

The institute uses a five-year cycle to even out fluctuations caused by a big order during any specific year.

The arms transfers database does not include small arms and is based on public sources ranging from national and regional newspapers to specialized international journals, as well as government and industry reports.