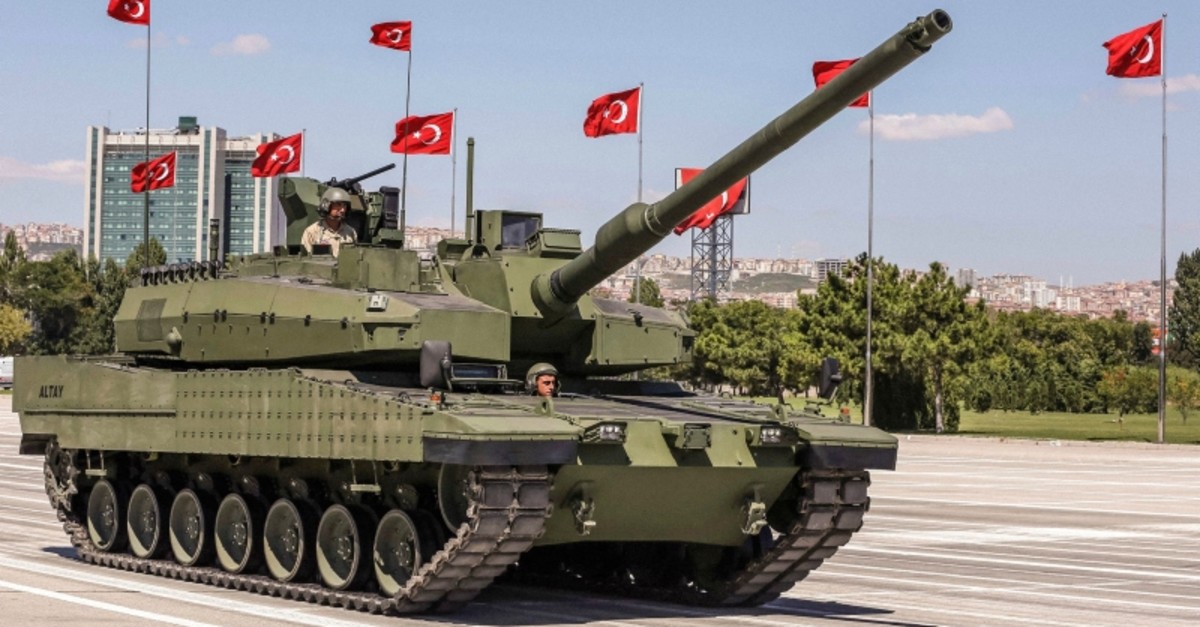 An agreement between Turkey and Qatar for the purchase of Turkey's first domestically made main battle tank, the Altay, has been inked, officials said Tuesday.

Vice Chairman of the Justice and Development Party (AK Party) Ali İhsan Yavuz said in according to the agreement Qatar will buy up to 100 tanks from Turkey and 40 of them will be delivered to the Gulf country in the first phase.

Yavuz noted that after the first delivery, domestic engines will start to be used in the tanks. Currently, the Altay's prototype is powered by a 1,500 hp diesel engine from Germany's MTU Friedrichshafen GmbH.

The prototype for the Altay was unveiled at a 2011 defense show in Istanbul. A contract for the mass production of the next-generation battle tank was signed between Turkey's Presidency of Defense Industries (SSB) and the domestic armored vehicle manufacturer BMC in November 2018.

Accordingly, the first Altay tank will roll off the assembly line within the next 18 months and will be delivered to the Turkish Land Forces. The contract includes mass production and life-cycle logistical support for 250 units. Within the scope of the mass production process, 40 tanks will be produced in the first phase, after which 210 more tanks with developed armor systems and subsystems will be produced.

A number of leading local defense contractors such as Roketsan, Aselsan, Havelsan, and the Machinery and Chemical Industry Institute (MKEK) are among the stakeholders of the Altay project.

The Altay, which is set to become the Turkish Armed Forces (TSK)'s most important frontline vehicle was named after Army Gen. Fahrettin Altay, who commanded the Fifth Cavalry Corps during the Turkish War of Independence.

Classified as a "third-generation advanced" tank, the Altay will be equipped with state of the art technology, capable of providing all kinds of tactical support for a 21st-century army. The tank is expected to become of critical importance for the Turkish military in the future thanks to its excellent mobility, superior firepower, and durability.

The Altay will have a 120 mm 55-caliber smoothbore gun as its main weapon. Its next-generation fire control system will allow the user to shoot targets in motion with a high accuracy rate. The tank will also feature a 12.7 mm remote-controlled turret and a 7.62 mm tower-mounted firearm for use in urban areas and fire support.

It will also feature a composite armor to withstand the impact of shrapnel, bullets, missiles or shells, protecting its crew from enemy fire.

A life support system, an additional mine protection kit, auxiliary power group, a laser warning system and a 360-degree situational awareness system are among the other important elements of the Altay.