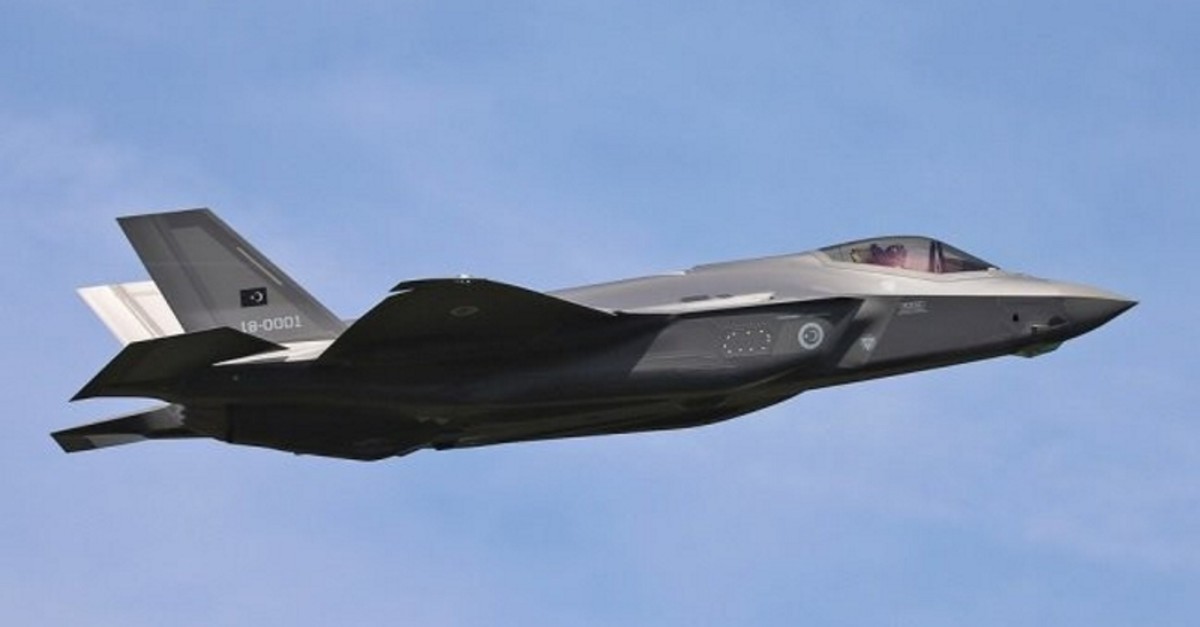 Despite recent statements and threats, the F-35 process is going smoothly for Turkey and the first batch of deliveries is expected to arrive in Malatya, eastern Anatolia, this November, Defense Minister Hulusi Akar said Thursday.

The minister's remarks came following the latest statements made by the U.S., namely its top U.S. commander in Europe, who said Washington should not supply Ankara with F-35 fighter jets if it accepts Russia's S-400 missile defense system.

"Despite some statements, the process of procuring F-35 jets is working fine. Our pilots and maintenance team are continuing to receive training in the U.S.," Akar told reporters. "We expect delivery of F-35s in November to [Turkey's] Malatya province. Infrastructure preparations in Malatya have been completed."

Defense Minister Akar also held a phone call with his U.S. counterpart Patrick Shanahan later in the day to discuss the latest developments in Syria and bilateral defense ties. In recent months Turkey and the U.S. have been discussing coordination over the pullout of U.S. military forces from Syria.

When Ankara decided to diversify its air defense systems with the purchase of the S-400 missile defense system from Russia in 2017, it sparked a rift with Turkey's NATO ally – the U.S. The recent battle of diplomatic rhetoric between the two allies culminated with threats from the U.S. State Department and a top American general commanding U.S. forces in Europe openly declaring that if Ankara does not drop its plans to proceed with the S-400 purchase, F-35 jet fighters will not be delivered to Turkey. U.S. officials also claimed that Turkey and its companies would be removed from the F-35 program, while a series of sanctions could be imposed on Ankara, targeting its defense industry.

Washington has cautioned that the S-400 system might covertly obtain critical information on its F-35 fighter jets, including their detection range, which could then be relayed to Russia. However, Turkish officials have repeatedly stressed that the S-400 deal is not a threat to NATO systems and is not on the table to be used as a bargain against F-35 jets and Patriot negotiations. Ankara's decision to resort to the Russian-made surface-to-air missile (SAM) system is the result of a comprehensive calculation of geopolitical risks compelling the country to look for alternatives to strengthen its defense systems.

The latest statements from the U.S. came Wednesday from U.S. European Command (EUCOM) Commander Gen. Curtis M. Scaparrotti, who is also NATO's Supreme Allied Commander in Europe, while testifying at a hearing of the House Armed Services Committee alongside Kathryn Wheelbarger, the acting assistant Secretary of Defense for International Security Affairs.

"I do believe that we shouldn't provide F-35s if there is an S-400 in Turkey," Scaparrotti said. He noted, however, that he is talking to Turkish officials every day on this issue. "I know their leaders very well. Our intent is to maintain them as an important NATO ally into the future," he added, referring to Turkey.

Defense Minister Akar said that during their visit to the U.S., "They told us that Turkey is one of the countries that has fully fulfilled its responsibilities, both financial and on other pledges." The defense chief added that Turkey continues to do its part in designing and manufacturing some parts of the F-35s.

After NATO stationed Patriots from the U.S., Germany, and the Netherlands at Turkey's request, they left Turkey after a one-and-a-half year period on duty, he said.

"So, everybody saw that we cannot keep our survival relying on temporary measures, and we should acquire it [air defense system]," Akar said.

At that time, Turkey systematized its current search, criteria were determined and negotiations began, he added. Akar said Turkey's main criteria were to acquire the technology, production, modernization and export rights of the systems that it purchases.

Russia responded positively to these demands and the agreement was signed for the purchase of the S-400 missile defense system after negotiations, he said. On the letters sent to NATO and the U.S. for the supply of air defense systems, Akar said that the U.S. got back to Turkey 17 months later. "We haven't parted ways with NATO. We fully fulfill our commitments to NATO. However, our national security concerns cannot be ignored," said Akar.

The delivery process of S-400 defense system is expected to begin as of July this year. Turkey will be the first NATO member country to acquire the system.

"Turkey being a NATO member does not mean we will not be able to acquire these air defense systems. NATO does not have regulations binding member states in this direction. Each member of NATO is free to trade all kinds of weapons," said Herdem Advocacy Co-Founder and defense industry law specialist lawyer Şafak Herdem.

Herdem was cited by Turkish daily Dünya as saying that the defense industry has always been kept as an exception in the World Trade Organization's regulations as well, adding: "National security is what really matters. Turkey will take S-400 if it wants to. There is no obstacle to it in the international law agreements. All other statements are political."

U.S. officials have said that if Turkey proceeds with the S-400 purchase, Washington will withdraw its offer to sell a $3.5 billion Raytheon Patriot missile package. Ankara says, however, the two deals are not alternates to one another and the conditions attached to their sale agreements must be dealt with separately.

In August 2018, the Trump administration approved a defense budget law delaying delivery of F-35 jets to Turkey, citing Turkey's purchase from the Russians.

The Ankara-Moscow S-400 deal was inked in December 2017, when the parties signed a $2.5 billion agreement for two batteries of the systems – Russia's most advanced long-range anti-aircraft missile system.

Commenting on plans in Syria's Idlib, Akar said Turkey and Russia were working on forming a joint coordination center in the province.