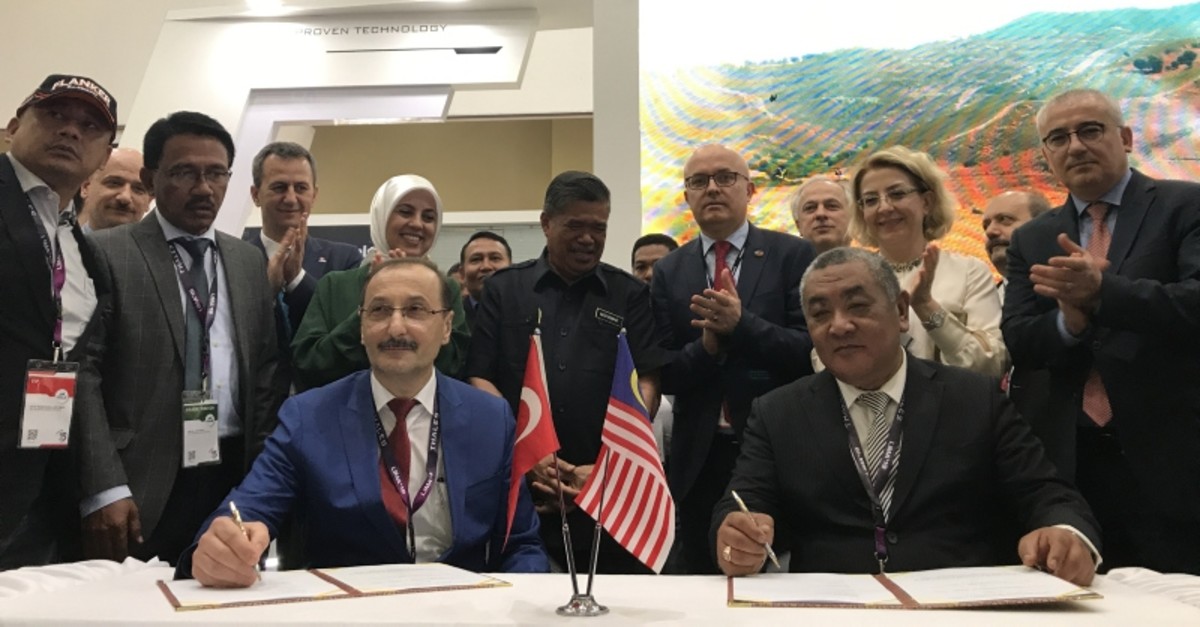 A domestic firearms manufacturing company based in Turkey's Black Sea province of Trabzon signed an agreement Tuesday with a Malaysian company to jointly produce weapons for Malaysian security forces.

Trabzon Gun Industry Co. (TISAŞ) signed the agreement at Langkawi International Maritime and Aerospace Exhibition (LIMA 2019) in Malaysia, the most prominent exhibition of its kind in the Asia-Pacific region.

TISAŞ Vice Chairman Abdullah Erdem said that the Zigana PX-9 is a leading model among arms exports from Turkey, adding that they continue producing that model for the use of the Philippines police force.

Erdem said that after the agreement is put into force, Malaysia will be the second country to jointly produce weapons with a Turkish firm.

"These agreements with foreign customers show our country's place in the defense industry while contributing to the national economy," he said.

The Malaysian company will begin undertaking the necessary infrastructure preparation for the production and testing of 20,000 guns per year, a target production number which will be reached once the infrastructure work is complete.

TISAŞ's main products are pistols and weapons that are used by police and army around the world, with Turkey and the U.S. being the company's top purchasers.