Turkish pilots continuing their trainings on F-35, US official says 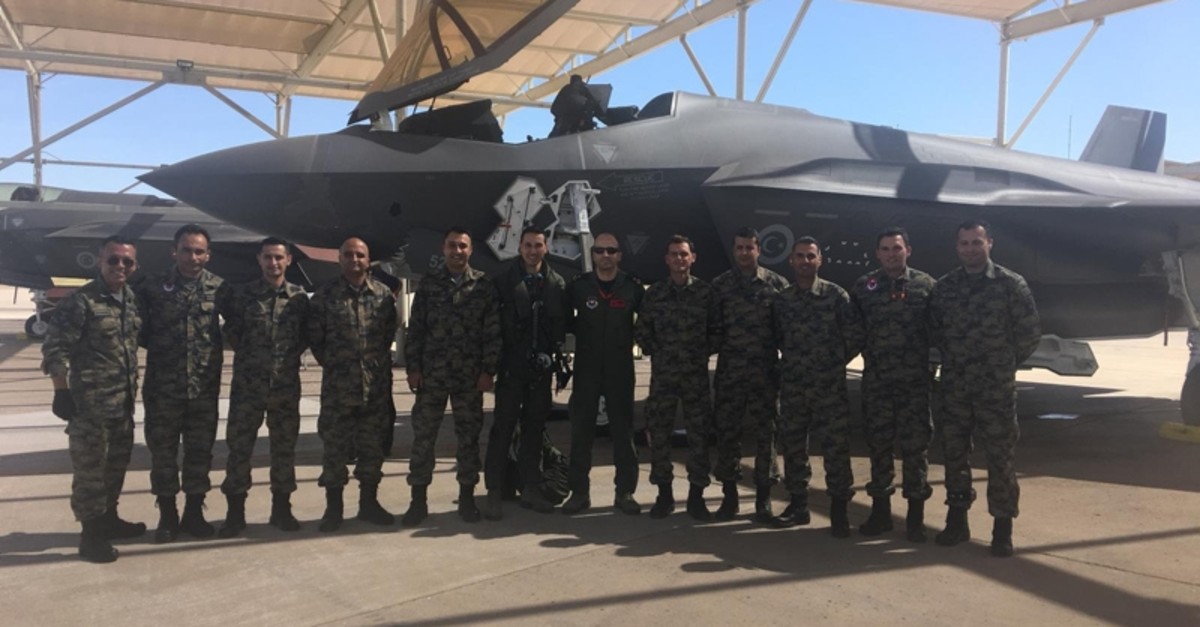 Turkish pilots in Luke Air Force base are continuing their training on F-35 fighter jets, despite U.S. Congress' decision to halt deliveries of the aircrafts, Lt. Col. Mike Andrews said on Tuesday.

Senator James Inhofe on Tuesday said training of Turkish pilots were also stopped, after U.S. Congress decided to stop the delivery of equipment related to the stealthy F-35 fighter aircraft to Turkey.

Asked about Inhofe's comments, Andrews said he confirmed with the base that the Turkish pilots were still continuing their trainings.

But President Erdoğan has refused to back down from Ankara's planned purchase of Russian S-400 missile defense system, and said Turkey will take delivery of the S-400s in July.

On Tuesday, acting U.S. Defense Secretary Patrick Shanahan said that he expected to resolve the dispute with Turkey, as he expressed optimism that both countries would find a way out of the crisis by persuading Turkey to purchase the Patriot defense system, instead of S-400s.

When Turkey wanted to the buy the Patriot missile system from the U.S. in 2009 during Barack Obama's term, U.S. Congress declined the offer for the sale of the Patriot PAC-3 batteries worth $7.8 billion at the time.