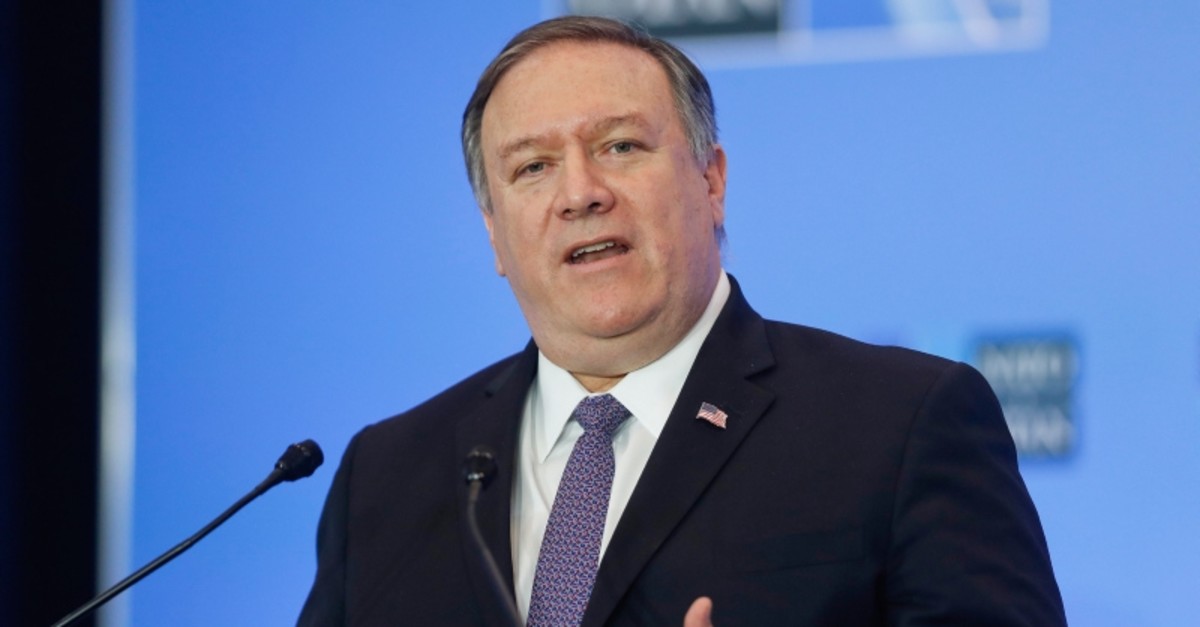 Secretary of State Mike Pompeo gestures while speaking during a news conference at the US State Department in Washington, Thursday, April 4, 2019. (AP Photo)
by Compiled from Wire Services Apr 05, 2019 12:03 am

Secretary of State Mike Pompeo said Thursday he is "very confident" the U.S. and Turkey "will find a path forward" amid an ongoing row about Ankara's determination to procure an advanced Russian air defense system.

"There's great opportunities for the United States and Turkey to work closer together," Pompeo told reporters at the closing of a gathering of NATO foreign ministers marking the alliance's 70th anniversary.

Turkey's purchase of the Russian surface-to-air S-400 system has led to significantly strained ties with Washington, which earlier this week suspended delivery of parts and services necessary to Turkey's receipt of the F-35 stealth fighter jet.

In response to the U.S. concerns, Çavuşoğlu said Wednesday the system would be for Turkey's use.

"It doesn't have to be integrated into the NATO system, and this is not our aim. It is for our own use," he said. "This system will not see any NATO system, including F-35s, as an enemy."

The Pentagon said Thursday that it was not considering a working group with Turkey on the dispute over the purchase, after Çavuşoğlu proposed the formation of such a group.

"A technical working group at this stage is not necessary or a path the United States is considering as a resolution," Pentagon spokesman Eric Pahon said.

The Pentagon said Wednesday it transferred the third of Turkey's F-35 jets to Luke Air Force Base in Arizona, with a fourth to be delivered Friday.

Turkish pilots are currently training on the advanced fifth-generation fighter jet at the base, and the Pentagon said their training will continue despite the suspension of parts and services announced on Monday.

Turkey joined the F-35 Joint Strike Fighter Program in 2002 and has invested more than $1.25 billion. It also manufactures various aircraft parts for all F-35 variants and customers.