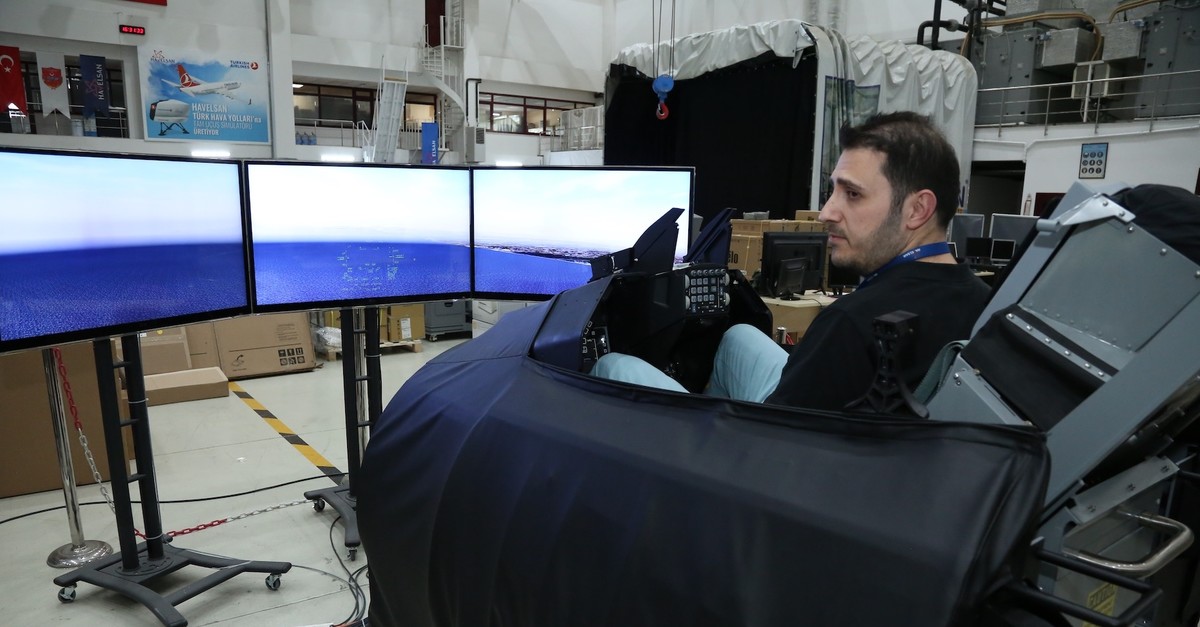 One of the leading companies in the Turkish defense industry, HAVELSAN, aims to reach out to international markets providing smart solutions with its indigenous systems. Setting a substantial increase in its export as the main objective of 2019, Ahmet Hamdi Atalay, the general manager and CEO of HAVELSAN stressed that the company with the world's best engineers is determined in developing software and addressing the needs of domestic and foreign militaries. In an exclusive interview with Daily Sabah, Atalay said, "In the last 15 years, significant progress has been made thanks to steps taken in the Turkish defense industry."

Atalay underlined that this progress has also contributed to the development of HAVELSAN, which was established 36 years ago.

Today HAVELSAN has become one of the leading technology companies in the world with over 1,700 personnel, 80 percent of whom are computer, electrical and electronic engineers.

"The engineers at HAVELSAN are some of the world's best; in the field of software we have no hesitation about the capabilities of our engineers," Atalay said. He added, "As we do not have problems in producing, we are now focusing on selling these systems. For 2019 we are putting an emphasis on exports." 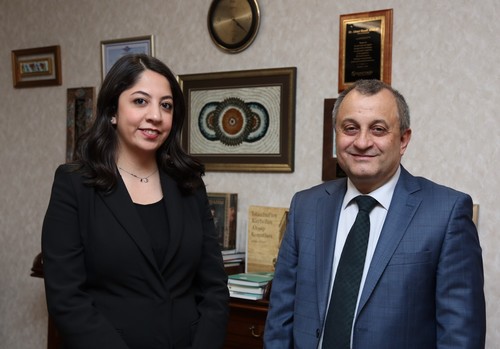 In 2018, HAVELSAN's financial turnover was nearly $250 million, a record number in the company's history. Furthermore, $52 million of that turnover came from export revenues. "In 2019, we want to continue breaking records. We also expect to be among the world's top 100 defense companies," Atalay said.

Speaking on the background of HAVELSAN's establishment, Atalay said that the embargo imposed on Turkey following the 1974 Cyprus Peace Operation prompted Turkish authorities to establish foundations such as an air force foundation in order to meet the country's needs with national resources and industries. The air force foundation established HAVELSAN in 1982. Atalay underlined that thanks to the right decisions taken back then, Turkey's defense industry has gradually developed.

In the field of command and control combat systems, HAVELSAN previously developed GENESIS Combat Management System for the use of the Turkish navy. Reconnaissance, surveillance, identification, tracking and classification procedures can be performed through fully automatic methods with the sensors on the platform and in the operational environment.

Recently, the tests of the next generation Network Enabled Data Integrated (GENESIS ADVENT) Combat Management System jointly developed by HAVELSAN and the Turkish Naval Research Center were completed. The difference of GENESIS ADVENT is that it can enable all ships in the frigate joint mobility with its network support. Accordingly, with the GENESIS ADVENT system decisions can be taken faster. Furthermore, warships in two different seas will be able to join an exercise at the same time. The system is deployed in the national military ship MİLGEM 4 KINALIADA and is expected to be combat-ready in the summer of 2019.

Atalay stressed that Genesis and its latest version are HAVELSAN's significant systems and said that in the world market they are reasonably priced and technologically superior. He underscored that these national systems are used in the Turkish navy and they aim to export them abroad as well.

Touching on HAVELSAN's products in Training and Simulations Technologies, Atalay said that they have a wide spectrum of products such as pilot training simulators and parachute simulators. The HAVELSAN general manager said that the company ranks among the world's top firms in this field.

Referring to the advantages of training with simulators, Atalay stressed that there is no risk involved and it is inexpensive. With the advanced technology of the simulators, pilots can experience various scenarios on board. He added that HAVELSAN develops simulators for the national flag carrier THY as well.

Participating in the Leading Latin American Defense and Security Exhibition (LAAD 2019) in Brazil, HAVELSAN has displayed its navy combat management systems and simulators with the aim of increasing its outreach in the region.

Atalay highlighted that the exhibition is Latin America's biggest event and added that HAVELSAN participated to introduce its products and the services it provides. He pointed out that HAVELSAN also provides training to pilots in vacant training centers in Turkey. He added that, accordingly, some pilots have come from Colombia and Nicaragua for training.

Seventeen Turkish companies participated in the biennial exhibition with the leadership of the Turkish Presidency of Defense Industries.

In 2017, the exhibition was held with the participation of over 37,000 people and 450 international companies.

Meanwhile, in the upcoming International Defense Industry Fair (IDEF 2019) HAVELSAN is set to present its various systems and products. For instance, ADVENT, F-16 simulators, parachute simulators, HELIX helicopter simulators, sniper simulators and many other products will be displayed at the fair that will be held late April.

Commenting on possible markets for HAVELSAN, Atalay stressed that the Asia-Pacific market is one of the fastest growing markets and they have been paying particular attention to Malaysia recently.

"As Turkey and Malaysia have been enjoying friendly ties, we have been holding talks with the Malaysians to cooperate and strengthen the armed forces of Malaysia," Atalay said. He added that HAVELSAN appointed a regional director to Malaysia and is planning to open an office in the country in the upcoming period.

Stressing that there have been high-level visits between the two countries, Atalay stated that they seek to further enhance their ties in Malaysia.

In the 2019 Langkawi International Maritime and Aerospace Exhibition (LIMA 2019), which is the Asia-Pacific region's most important exhibition in its field, HAVELSAN signed five deals with some institutions, including a public institution, in Malaysia.

HAVELSAN prepares base in Malatya for F-35 deployment

In relation to HAVELSAN's role in the F-35 program, Atalay said that they are playing a role in building a base where the F-35 jets are to be deployed in Malatya. He underlined that the process has been jointly conducted with the Presidency of Defense Industries (SSB). "We are establishing the information systems and training centers there," he emphasized.

Atalay highlighted that the base is ready for use and added that the jets will come with simulators as the jets are bought from Lockheed Martin. Atalay said that there is equipment within the simulator named image generator. He stated that HAVELSAN's company produces this equipment in the U.S. and they want to sell this product so that it can be used in the simulator. However, he said that no steps have been taken for that yet.