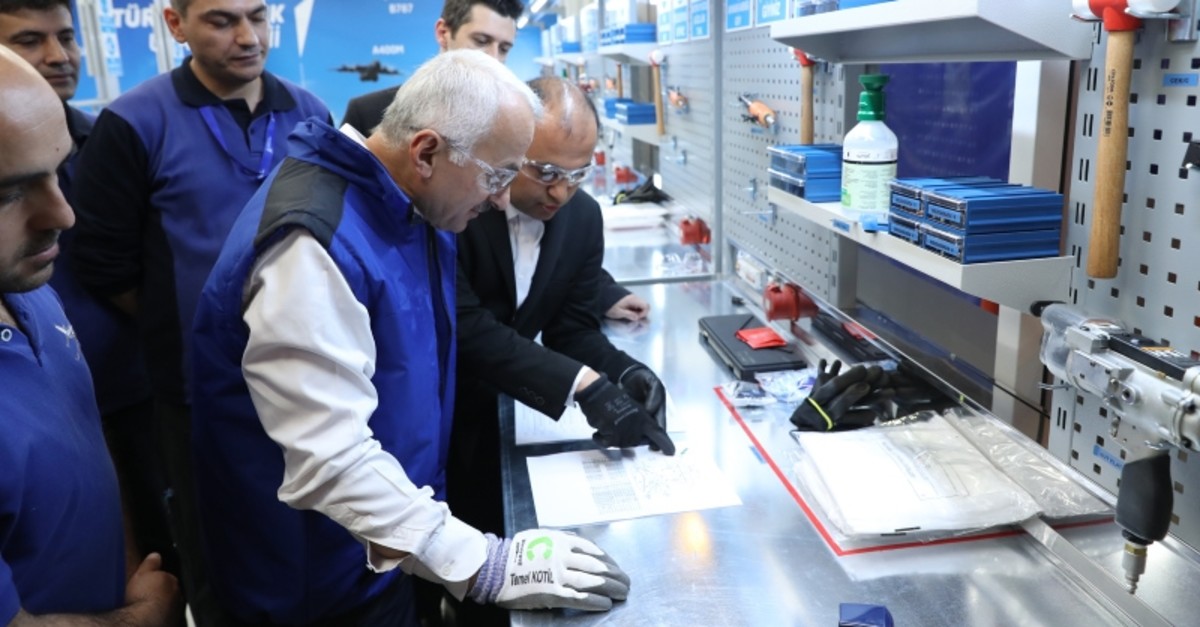 Turkey's leading aerospace engine designer and manufacturer has opened a center to meet its production, quality and training needs, the company said in a statement Wednesday.

The center will provide occupational health and safety training to technicians along with education on subjects such as reading production documents, using hand tools, binding applications, measuring instruments and basic assembly while aiming to increase the individual performance of each participant.

TAI Chairman Temel Kotil said in the statement Wednesday that TAI has always been open to suggestions that will contribute to its projects and the company, adding, "The Production Training Center, which was among those, will enable our technicians to quickly enter the professional sector of aviation."

Kotil said that the education carried out at the center will not be limited to theory, as the center will also "train our technicians in practice in an efficient, high-quality manner and, most importantly, in accordance with occupational health rules."

Founded in 1973, TAI is a joint venture of the Undersecretariat of Defense Industries and the Turkish Armed Forces Foundation. TAI produces and conducts modernization projects on F-16 fighter jets, both for the Turkish Air Force and for its allies, along with manufacturing training aircraft, unmanned aerial vehicles and spacecraft electronic systems. TAI contributes to various military and civilian aircraft projects.