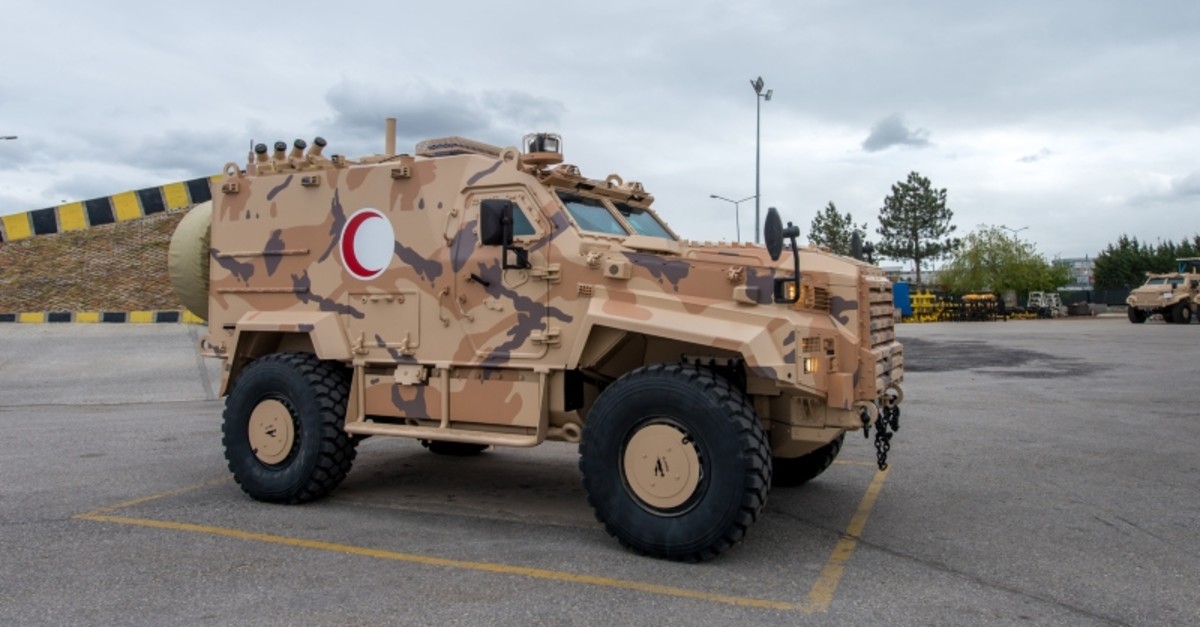 Armored vehicles that were domestically manufactured by a Turkish defense industry firm for use in combat zones will also serve as ambulance vehicles to meet the demands of the company's foreign purchasers, according to information disclosed by the company on Wednesday.

The Ejder Yalçın 4x4, produced by Nurol Makina Sanayi (NMS), along with other kinds of armored combat vehicles such as the 4x4 light armored vehicles and Ejder TOMA will now provide emergency services across the world apart from providing protection to security forces.

The company will introduce its new vehicles and their features at the 14th International Defense Industry Fair that is to be held at the TÜYAP Fair and Congress Center in Istanbul between April 30 and May 3.

The Ejder armored vehicle series has been purchased by 10 countries and the company continues its negotiations to sign new contracts in other countries.

The NMS, which has put more than 1,000 vehicles into use and delivered some 500 vehicles to its purchasers, is currently working on new contracts on another 500 vehicles.

Particularly in the fields of defense and homeland security, Nurol Makina continues its domestic and overseas activities and plays an important role in meeting the needs of the Turkish Armed Forces (TSK) and the General Directorate of Security.

The share of exports to African, Middle Eastern and Central Asian countries in Nurol Makina's turnover has increased elevenfold since 2012, standing at 75% in 2018.