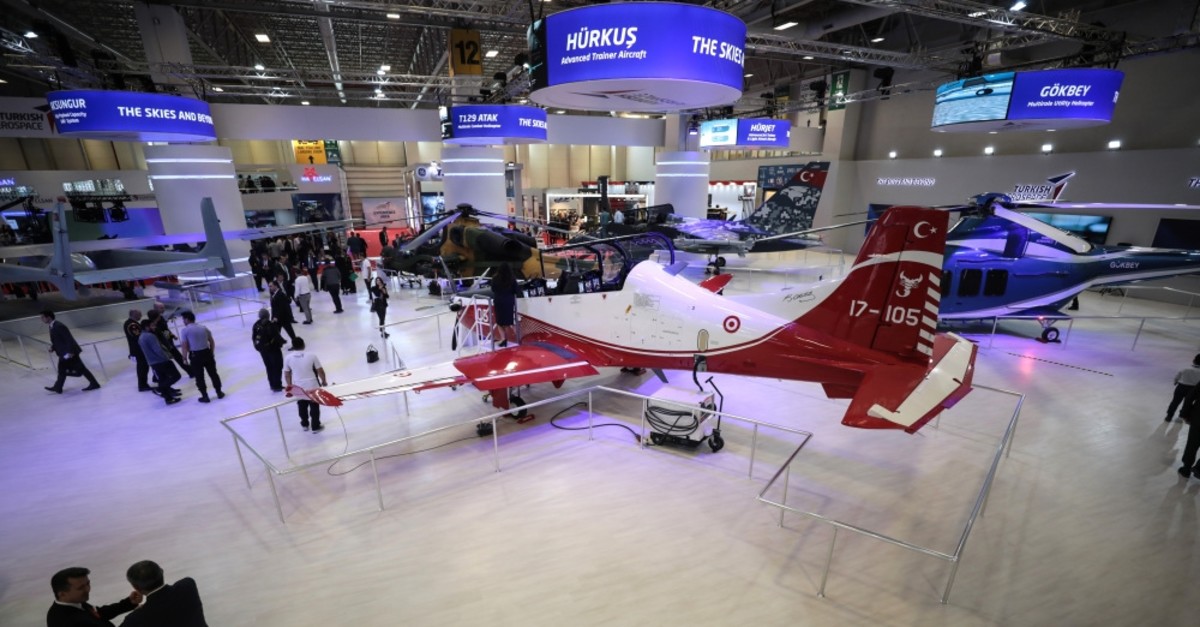 One of the four largest defense fairs in the world, IDEF welcomes 481 local firms and 580 foreign firms this year and 70 deals are expected to be signed during the fair which kicked off yesterday and will run until Friday, April 30, 2019.
by Daily Sabah May 01, 2019 12:10 am

The International Defense Industry Fair (IDEF'19), one of the world's leading defense exhibitions, opened its gates at Istanbul's TÜYAP Fair and Congress Center yesterday. Hosted by the National Defense Ministry under the auspices of the Presidency of the Republic of Turkey and the management and responsibility of the Turkish Armed Forces Foundation, IDEF'19 will run until Friday, May 3, 2019.

Seventy countries, 148 delegations from three international institutions, 481 local firms and 580 foreign firms are expected to participate in the event. Some 250 of the Turkish participants are small and medium-sized enterprises (SMEs).

As in previous years at the IDEF, many products developed by the Turkish defense industry will be exhibited for the first time. New versions of previously developed products will also be introduced at the fair. This year's event will showcase many products, including armored combat vehicles, tactical armored vehicles, unmanned land vehicles, rockets, guided missiles, infantry weapons, military simulators and explosive ordnance disposal equipment.

One of Turkey's leading defense firms, ASELSAN, is unveiling some of its latest products and showcases 300 defense systems in total.

In the ceremony held under the auspices of Defense Industry President İsmail Demir and Agus Setiadji, secretary-general of the Indonesian Defense Ministry, the said deal was inked between FNSS CEO Nail Kurt and PT Pindad CEO Abraham Mose.

As part of the deal, the mass production of the vehicles will be carried out jointly by the two companies and will be delivered to the Indonesian Land Forces. The agreement stipulates that 18 tanks be manufactured within two years.

The development process of the Kaplan MT Medium Weight Tank prototype was completed last year. FNSS and PT Pindad began the development of prototype development at the end of 2015 as part of a defense cooperation deal inked between Turkey and Indonesia.