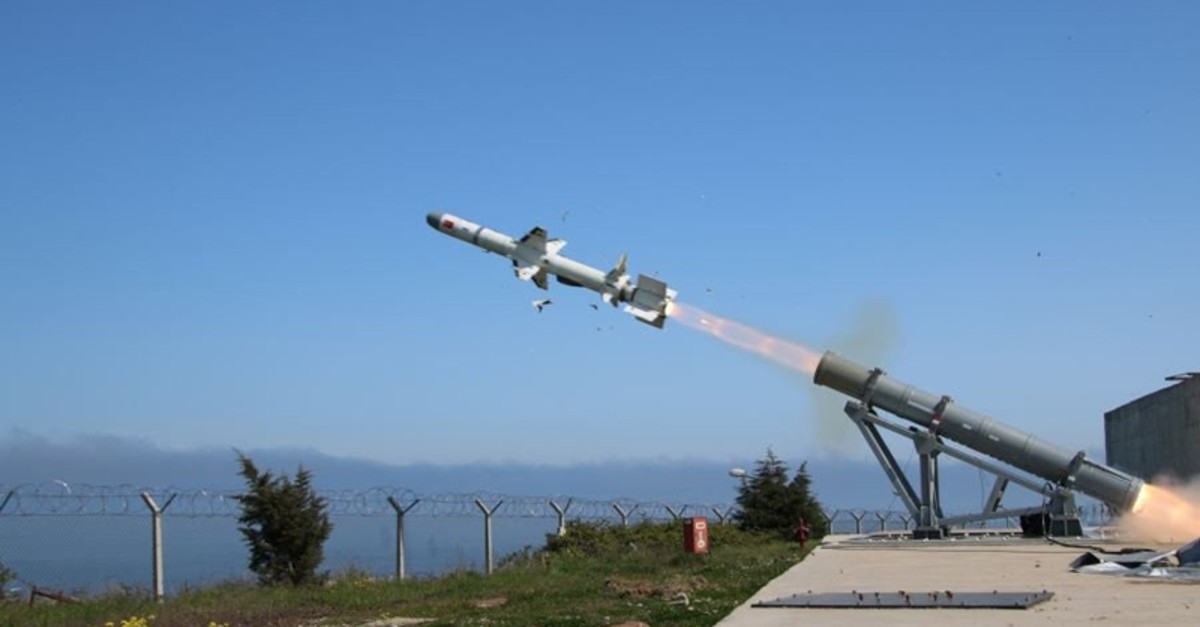 Turkey's first domestic maritime missile ATMACA, which was developed by the country's national defense contractor Roketsan is able to hit targets with pinpoint accuracy, an official from the defense company said Friday.

The anti-ship missile, whose development dates back to 2009, completed its tests successfully in November 2018 and a deal for the missile's mass production was signed between the Presidency of Defense Industries (SSB) and Roketsan last year.

The launch control systems and other equipment for the missile were produced by Turkish defense giant ASELSAN, while the fire control system was developed by the Turkish Naval Research Center Command (ArMerKom).

The domestic missile was showcased at one of the world's leading defense fairs, the International Defense Industry Fair (IDEF'19) in Istanbul.

The missile has a range of up to 250 kilometers and hovers low above the water and can reach the target both on a linear and a vertical plane. With this feature the missile can reach a higher altitude when it gets closer to the target and land on the target ship from right above, an official from Roketsan told the Turkish daily Yeni Şafak.

The target of the missile can be changed even after the missile's launch while it is highly protected against electronic jamming.

Roketsan, owned by the Turkish Armed Forces Foundation (TAFF - TSKGV), was ranked 96th by the "Defense News Top 100," a prestigious list published every year by the U.S.-based military publishing company, Defense News magazine, based on the sales of the previous year. Roketsan had a turnover of $376 million in 2017.

Established in 1988, Roketsan started production in 1992 under the scope of the "Stinger European Joint Production Project." Since then, the company has launched various unique projects and the rate of domestically developed projects and products has reached 87 percent.