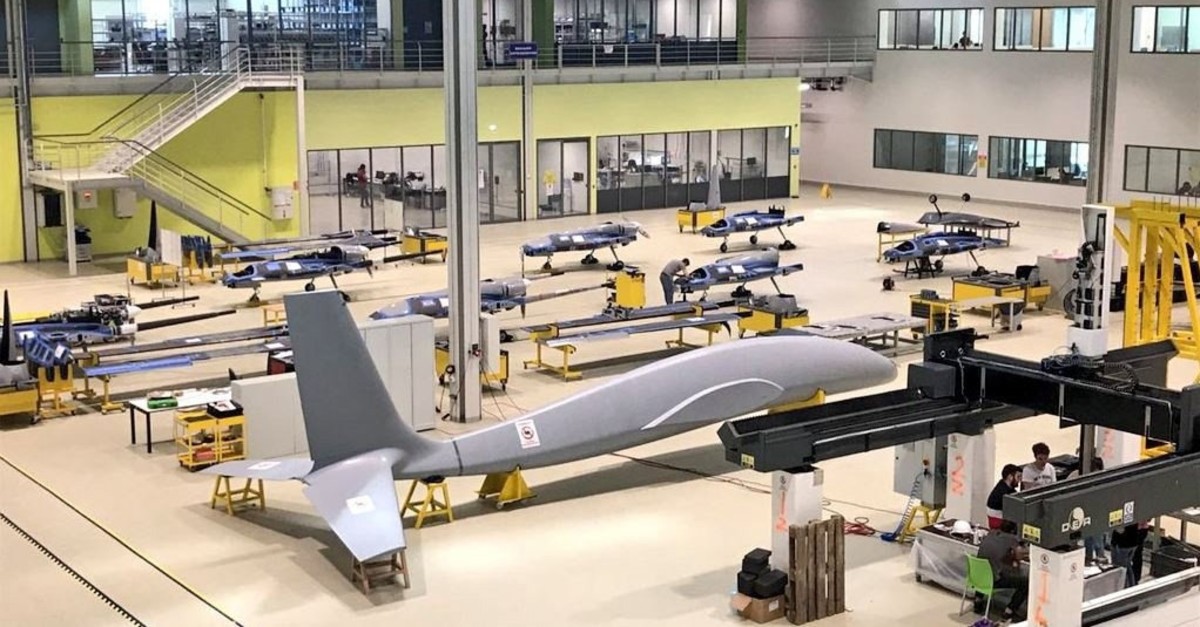 Turkey's efforts to enrich its armed combat drone portfolio continue with the contribution of public and private sector players. The latest example of the unmanned armed vehicles (UAVs) is leading UAV developer Baykar Makina, as Chief Technology Officer Selçuk Bayraktar announced that the company's attack UAV Akıncı, the 5.5-ton UAV, is scheduled to make its first flight in three to four months, while development activities are still in progress. Speaking at the Turkey Innovation Week organized by the Turkish Exporters Assembly (TİM), BAYKAR Technical Manager and T3 Foundation Chairman Selçuk Bayraktar said the Akıncı UAV's development activities are currently underway. "It is a 5.5-ton aircraft with the ability to carry out more strategic tasks," Bayraktar noted. "It can carry cruise missiles. The first flight will take place three to four months later. This will, in a sense, lead Turkey into a higher league."

The new drone was previously reported to hit the assembly line next year. Bayraktar introduced the Bayraktar TB2 and the ongoing Akıncı and Combat Unmanned Aerial System (MİUS) projects at the Innovation Week, saying these systems would contribute significantly to Turkey's UAV power with their advanced systems and smart munitions.

Dubbed "the flying fish," the Akıncı drone is an important step for Baykar Makina to accomplish their aim to upgrade UAV technology. Operated with two turbine engines, the Akıncı will carry nearly 1.5 tons in useful load: 900 kilograms external and 450 kilograms internal. The platform can be controlled via domestically developed satellites.

"Bayraktar TB2 has taken on a much more important role in the fight against terrorism. To date, it has performed more than 95,000 hours of flight," he continued. "Dozens of them fly as we speak, and the number is increasing each passing day. Currently, 80 aircraft are serving in the inventory of the Turkish Armed Forces (TSK), the General Directorate of Security (EGM) and the National Intelligence Organization (MİT). With nine of them operating abroad, this is Turkey's first UAV to be exported."

The company engages in engineering operations in five main areas, including electronics, software, communication systems and design of air vehicles with a team of young engineers. Domestically developed UAVs are manufactured at Baykar's facility in Istanbul.

The Bayraktar TB2 armed drone has been deployed by the TSK, the General Command of Gendarmerie and the General Directorate of Security.

Baykar Makina's drones are uniquely developed with domestic resources and make significant contributions by multiplying the existing force and capabilities in operations at home and abroad.

Performing active reconnaissance, surveillance and intelligence flights, the Bayraktar TB2 can transmit images it obtains to operation centers without delay and attack targets with its ammunition.

Meanwhile, Defense Industry President İsmail Demir said that projects that are not based on science, technology, and knowledge will fail after a while. "Currently 680 to 690 projects are in progress in the defense industry. We have close to a hundred projects in research and development (R&D) alone. People sometimes experience learned helplessness. One of the things we will object to is learned helplessness. Question when people say this should be like this for something that you have done. Questioning is very important," Demir stressed.

Turkish Aerospace Industries (TAI) General Director Temel Kotil, on the other hand, said TAI spends approximately $1 billion on R&D annually, adding this figure will continue to increase for the next 10 years. "We recruit 1,000 engineers per year, and we currently employ 3,600 engineers. We are going for 10,000 engineers," Kotil said, adding they expect TAI to achieve a turnover of $2.6 billion this year with the aim of reaching $11 billion in 2028.