Turkey not in talks over S-400 delivery delay or suspension, Çavuşoğlu says 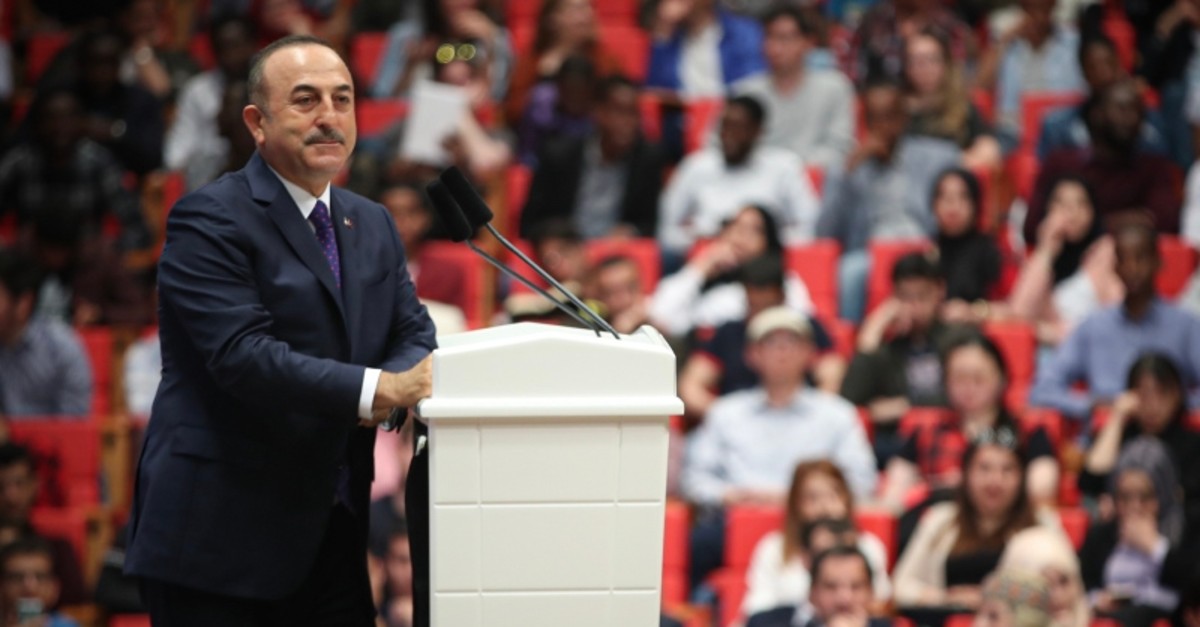 Turkey is not discussing postponement or suspension of the delivery of the Russian-made S-400 missile defense systems, Foreign Minister Mevlüt Çavuşoğlu said Wednesday.

"Postponement or suspension is not on the agenda. It's a done deal, why would we discuss a delay?" he said.

Çavuşoğlu said negotiations continue with the United States regarding the establishment of a joint commission regarding S-400, hoping that the U.S. will accept the suggestion and resolve the issue.

"We are exchanging opinions on how this could work. We will continue to share our views. Once we agree on that, we will decide if there will be a working group or not," the minister said. "The discussions are ongoing. There is nothing certain yet."

Çavuşoğlu noted that if there will be a working group, "We would like to carry on without any prerequisites. Let the experts decide (on S-400 and F-35 compatibility). We have a constructive offer; if the U.S. trusts itself then it should accept the offer."

Speaking about recent developments in northwestern Syria's Idlib, Çavuşoğlu said President Recep Tayyip Erdoğan and his Russian counterpart Vladimir Putin have agreed that a working group on the opposition-held province should convene as soon as possible.

A recent offensive by the regime of Bashar Assad and its allies, backed by Russia, targeting Idlib and surrounding areas has uprooted more than 150,000 people, the United Nations says, while rescue workers and civil defense officials say more than 120 civilians have been killed.

Turkey's top diplomat reiterated that attacks by regime forces were damaging prospects of forming a U.N.-sponsored committee to draft a new Syrian constitution.

Astana talks between Russia, Iran and Turkey had established four de-escalation zones, including one in Idlib. The partial cease-fire, however, was short-lived as regime forces backed by Russia and Iran recaptured three of the areas through heavy bombardments, leaving Idlib as the last stronghold of the opposition.

The Assad regime was signaling a grand offensive against Idlib, which was feared would cause a humanitarian catastrophe in the province that is home to about 3.5 million Syrians, many of whom are internally displaced. On Sept. 17, 2018, Turkey and Russia agreed in Sochi to implement a demilitarized zone between the opposition forces and the regime forces, warding off a possible humanitarian disaster.