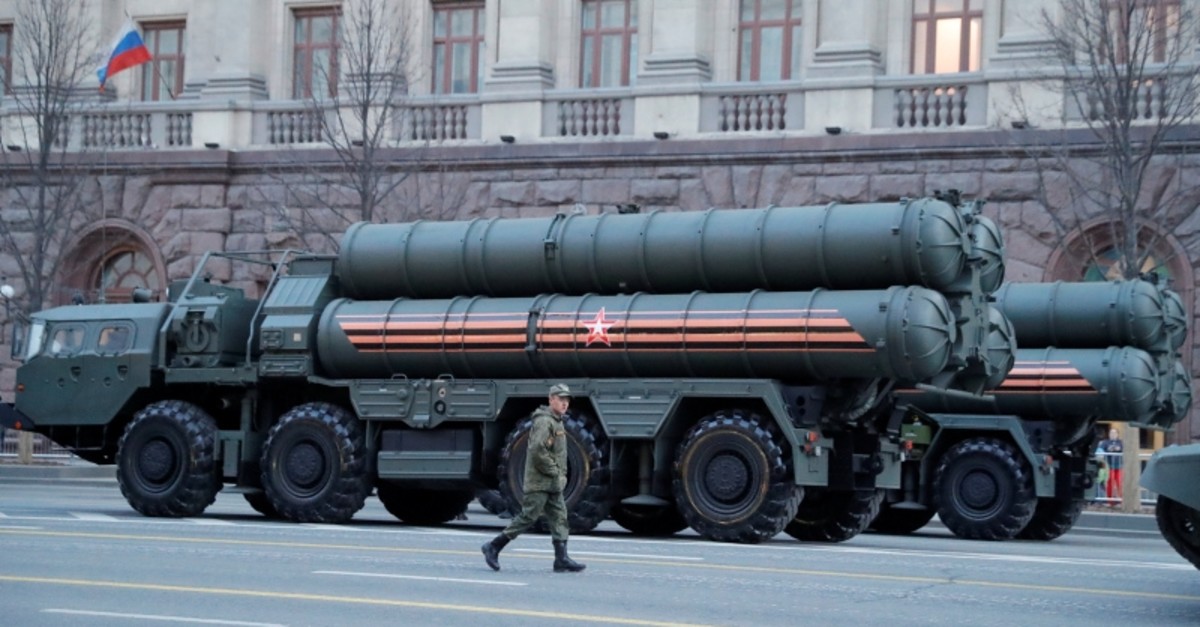 Turkey has already purchased Russian-made S-400s and the missile systems will be delivered next month, President Recep Tayyip Erdoğan said Wednesday, stressing yet again that the deal with Moscow was irreversible.

"I'm not saying Turkey will buy S-400s, it already has. We have sealed the deal," Erdoğan said at a Justice and Development Party (AK Party) meeting.

The president reminded that the S-400 agreement with Moscow was appealing not only because of the price but also due to technology transfer and the possibility of joint production.

Addressing U.S. plans to wind down Ankara's involvement in the F-35 program over the purchase, Erdoğan pointed out that Turkey was not only a client but also a production partner that invested over $1 billion in the project.

"We will meet with President (Donald) Trump in Japan at the end of the month, where we already have meetings planned. I hope there will be a mutual discussion of these issues," he said.

The Pentagon last week told Turkey that it was cutting off Ankara's purchase of F-35 fighter jets if the Turkish government went ahead with plans to buy a Russian missile defense system, ratcheting up what has been a lengthy, heated dispute between the two NATO allies.

In a sharp two-page letter addressed to Defense Minister Hulusi Akar, Acting Defense Secretary Patrick Shanahan said the training of Turkish pilots will end July 31 and Turkey would not be allowed to take final possession of the four F-35 aircraft it bought. Shanahan also warned that Ankara's purchase of the Russian system could hamper America's future relationship with Turkey, which has been a critical U.S. partner and base for combat operations, including for the war in Syria.

"We've suspended some of the activities in terms of training. We haven't suspended any of the maintenance activity," Shanahan said. But the Pentagon said Tuesday that the U.S. Air Force has halted ongoing training of Turkish pilots on the F-35 before the end date for "safety" concerns.

Shanahan also warned that his decision to end Turkey's participation in the F-35 program could be followed by other U.S. actions, saying that members of Congress support imposing sanctions on Turkey. Sanctions, he said, could threaten Trump's commitment to more than triple U.S. trade with Turkey.

Defense Minister Hulusi Akar said Wednesday that the letter sent by Shanahan was "not in the spirit of the alliance," adding that Turkey was preparing a response.