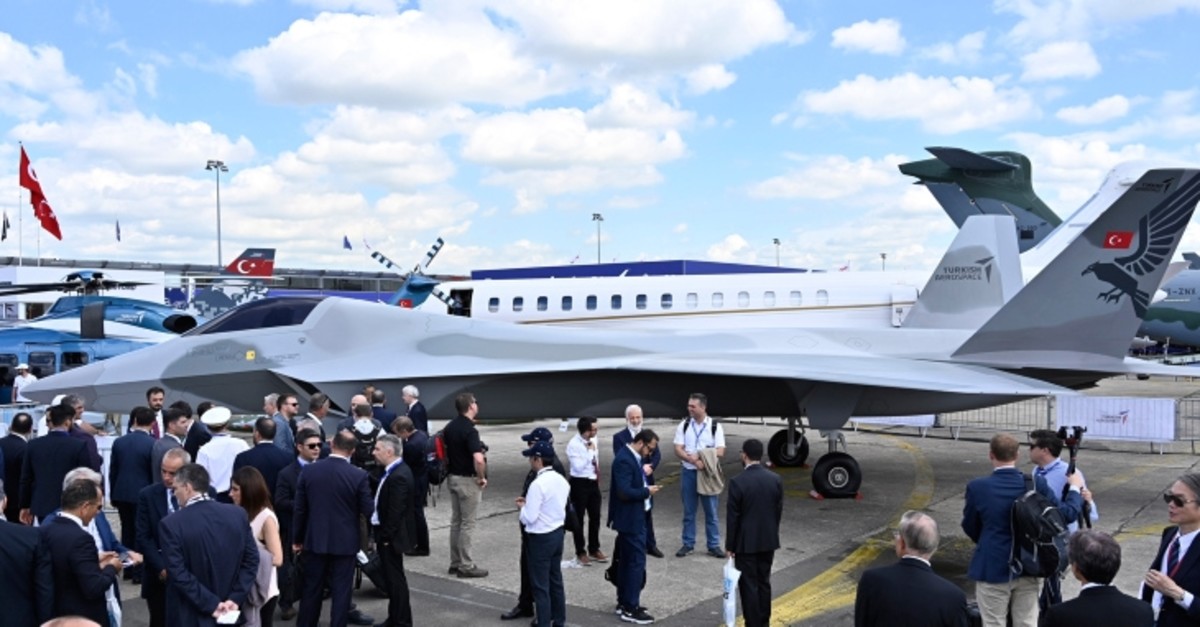 A model of Turkey's first domestically developed combat aircraft was introduced Monday at the Paris Air Show, one of the world's largest aviation fairs.

The TF-X National Combat Aircraft (MMU) is being developed by Turkey's leading aerospace engine designer and manufacturer, Turkish Aerospace Industries (TAI), with an aim to replace the F-16 aircraft, which are in the inventory of the Turkish Air Forces Command and are considered to be gradually deactivated as of the 2030s.

TAI General Manager Temel Kotil told Anadolu Agency that the company aims for the jet to be the best combat aircraft of Europe.

Kotil said that the jet is on schedule to make its maiden flight in 2025, adding that the fifth-generation jet has similar features with Lockheed Martin's F-35s jets.

For the development of the first national fighter jet, Turkey and the U.K. signed a memorandum of understanding during President Recep Tayyip Erdoğan's visit to the U.K. on May 13-15, 2018.

The fifth-generation fighter jet will be realized within a project-based incentive system. Preliminary design activities received a TL 4.8 billion incentive certificate under the incentive program. The project will employ 3,200 people, with an indirect employment contribution estimated to be around 11,200.

Turkey will, after the U.S., Russia and China, take its place among the countries in the world that have the infrastructure and technology to produce the fifth-generation fighter jet.

Other Turkish defense products on display at the air show include the ATAK and Gökbey helicopters, ANKA unmanned aerial vehicle and Hürjet. The ATAK helicopter will perform a demonstration flight during the fair.

The 53rd installment of one of the world's largest aviation and aerospace events kicked off Monday at Paris' Le Bourget airport and will end on June 23.