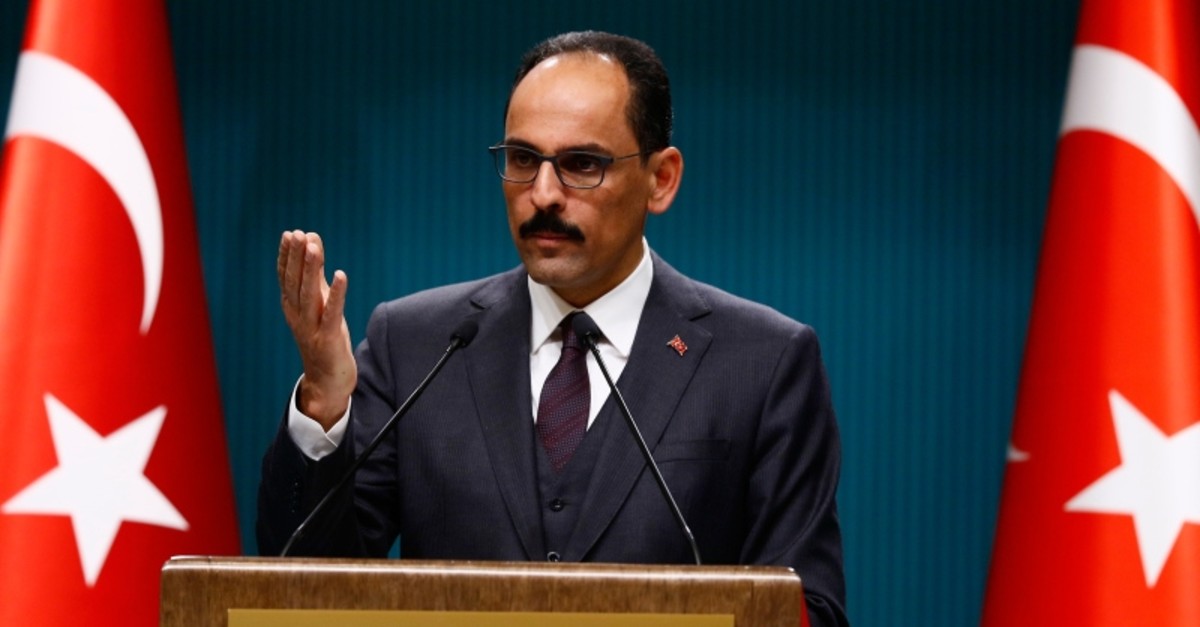 "Work is underway to determine its future positioning," he added.

"S-400 is not a defense system that can pose threats within our NATO security system," Kalın said.

Turkey's decision to purchase a Russian-made defense system has been one of the reasons for the strained ties with Turkey's NATO ally, the U.S., which has argued that the Russian system will compromise the security of NATO systems, particularly the F-35 stealth jet fighter.

However, tension was toned down at a meeting between Erdoğan and U.S. President Donald Trump on the sidelines of the G20 summit. The U.S. president pinned the blame for the row between the U.S. and Turkey over the S-400 deal and F-35 jets on former President Barack Obama, saying it was not Erdoğan's fault. Trump said it was Obama's administration that did not allow Ankara to buy Patriot missiles.

However, U.S. officials have advised Turkey to buy the Patriot missile system rather than the S-400 system from Moscow, arguing it is incompatible with NATO systems. Turkey has responded that it was the U.S. refusal to sell the Patriots that led it to seek other sellers, adding that Russia offered a better deal, including technology transfers.