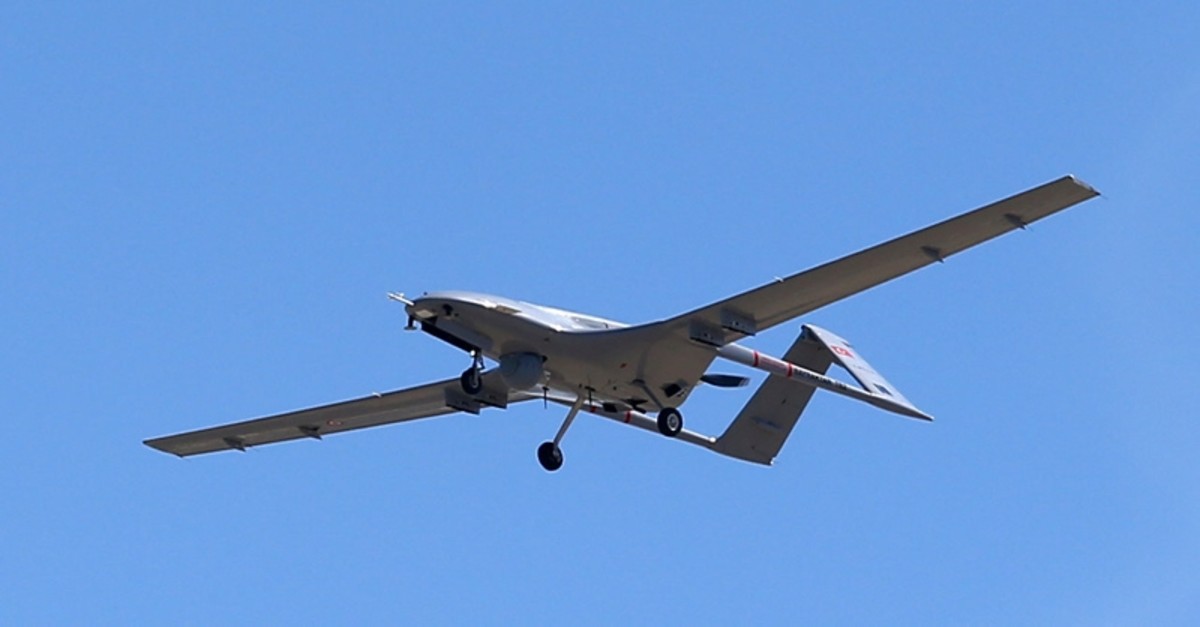 Turkey is striving to provide full protection to its ships, which have faced harassment during operations in the region. In October, a Greek frigate harassed the Barbaros Hayreddin Paşa on the Turkish continental shelf of the Güzelyurt Research Coast off the Republic of Northern Cyprus, prompting the Turkish Naval Forces to begin patrols in the region.

In addition to battleships and jets now patrolling the area, 10 Bayraktar TB2 SIHAs are flying over the Aegean coast, Cyprus and the region where drilling activities are taking place to protect against potential harassment, according to Turkish daily Milliyet.

A second drilling ship, Yavuz, is set to join in the deep drilling operations within a week off the Karpas Peninsula on Cyprus, according to Minister of Energy and Natural Resources Fatih Dönmez.

Retired Adm. Cem Gürdeniz told Milliyet that UAVs and SIHAs have provided strategic support to the Turkish Armed Forces in the past 20 years, beginning with use by the Turkish Naval Forces.

In the early 1990s, the navy launched a project to eliminate surveillance vulnerability created by the complex geography of the Aegean region using UAVs purchased from Israel, Gürdeniz said. The UAVs were later transferred to southeastern Turkey, however, when the fight against PKK terrorists intensified.

Now that Turkey has produced its own domestic armed UAVs, they have been reemployed in the service of the naval forces. Gürdeniz said the ability to operate on tactical, operative and strategic levels with the armed UAVs stationed aboard sea vessels in complex conflict areas such as the Aegean is a "serious game changer."

The Bayraktar TB2, which is developed and produced nationally and originally with electronic, software, aerodynamic, design and sub-main systems, is capable of carrying approximately 1.5 tons of useful load, i.e. cameras and ammunition. It has a record altitude of 27,030 feet for over 24 hours in the air and can operate day and night with useful loads.

Performing active reconnaissance, surveillance and intelligence flights, the Bayraktar TB2 has the ability to transmit the images it obtains to operation centers without delay, and to attack targets with its weapons systems.

Erdoğan expressed hope that "problems" would not arise in Aegean and Mediterranean seas in the future.

The Yavuz, which is expected to begin drilling for oil and natural gas near Cyprus this week, arrived off the Mediterranean island's northeastern coast yesterday, Refinitiv Eikon and Marinetraffic.com confirmed.

In a move that could further strain ties with Cyprus over exploration rights, Energy Minister Dönmez was quoted by Anadolu Agency (AA) on Saturday as saying the Yavuz would start drilling within a week.

The Yavuz had been at the southern Turkish port of Mersin doing final tests and taking on supplies before departing for Cyprus on Sunday. Shipping data showed that it arrived off the coast of the Karpas peninsula overnight.

Last month, the Greek Cypriot administration reportedly issued international arrest warrants for 25 people, including for personnel of the Turkish drillship Fatih and officials from companies cooperating with the state-run Turkish Petroleum Corporation (TPAO). Turkey denounced to arrest warrants as unauthorized and "meaningless."