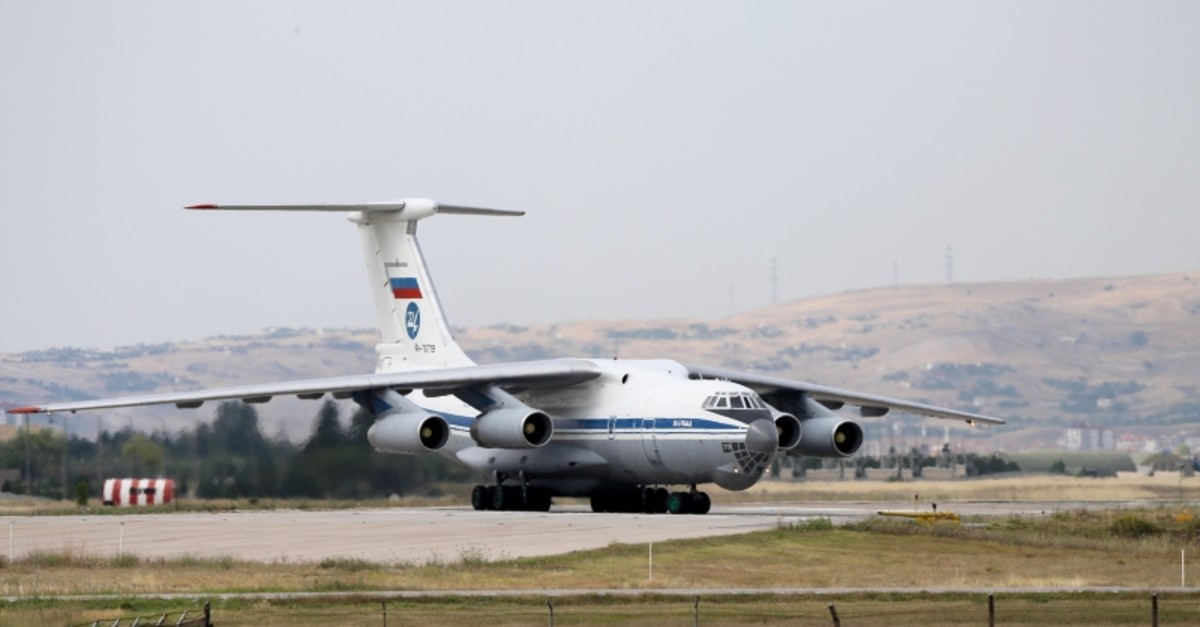 Turkey continued to receive components for the Russian S-400 missile defense system on Wednesday as the 13th and 14th airplanes carrying hardware and other parts landed in Ankara.

The deliveries are being made to Mürted Air Base, which is located on the outskirts of the capital and was used as a base by putschist soldiers during the failed coup of July 15, 2016. On its official Twitter account, Turkey's Defense Ministry shared a photo of a Russian plane that was carrying the hardware.

"The 14th plane has landed at the Mürted airfield," the ministry tweeted, adding that "the delivery of the S-400 long-range air defense system is ongoing."

The deliveries began Friday when the first batch of equipment, procured to meet Turkey's air and missile defense needs, arrived at the air base in Ankara.

U.S. President Donald Trump said Tuesday that the current situation with Turkey over S-400s was not fair, as the country had wanted to buy U.S. Patriot missiles before but Washington had refused at the time.

The president said the U.S. repeatedly turned down Turkey's requests to purchase Patriot missile systems in the past, pinning the blame on the Obama administration for the current row with Ankara over S-400s and F-35 jets.

Trump said Turkey had ordered "substantially over" 100 F-35 planes and planned to order more but the U.S. could not sell the fighter jets after Ankara's purchase of S-400s.

Following protracted efforts to purchase an air defense system from the U.S. with no success, Ankara signed a contract with Moscow in 2017 to purchase the Russian S-400s.