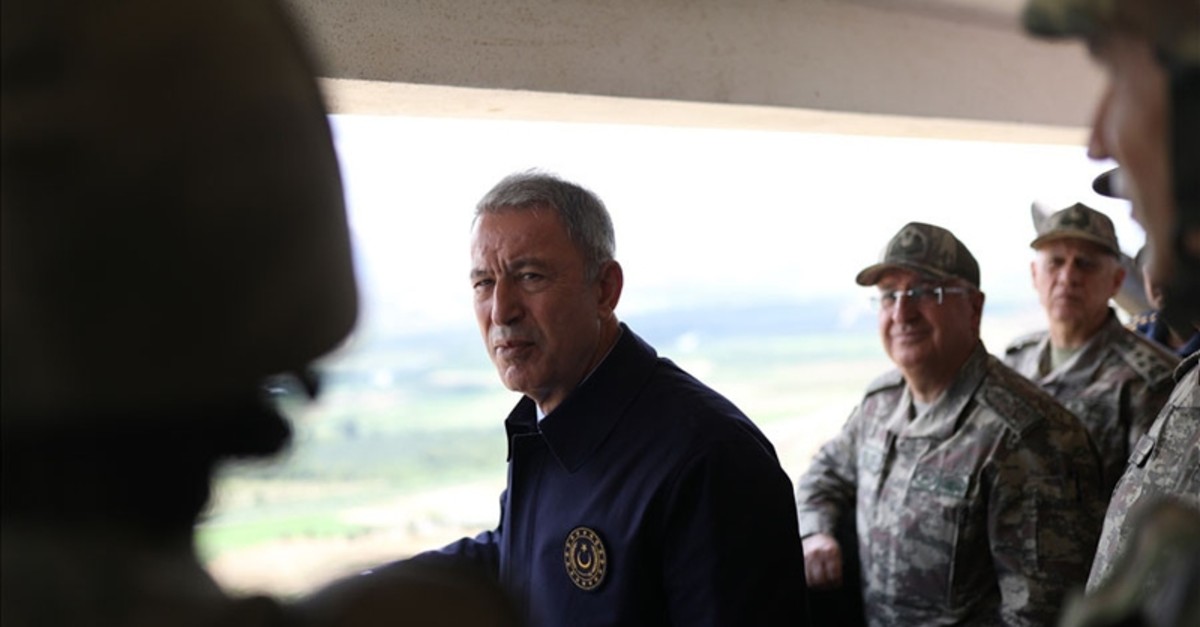 Turkey's removal from the F-35 program will negatively affect the strength of NATO's southern wing in particular, Defense Minister Hulusi Akar said Thursday, a day after the U.S. announced it would remove Turkey from the program over its purchase of a Russian S-400 air defense system.

"Expecting from the U.S. to avoid steps that could harm relations of two countries is most natural right of Turkey as a strategic partner," Akar told Anadolu Agency after inspection of troops deployed along the country's border with Syria.

"The unilateral and unfair decision" to try to remove Turkey from F-35 project "is not based on legitimate justification," he said.

The White House announced on Wednesday that it is no longer possible for Turkey to be a part of the F-35 program and that the Turkish personnel taking part in the program would soon leave the country.

Turkey urged the formation of a commission to clarify any technical issues, but the U.S. failed to respond to the proposal.

U.S. President Donald Trump said earlier Thursday that he is not "looking at sanctions" against Turkey over the purchase of the S-400.

Kalın said the suspension is not compatible with previous statements from Trump and President Recep Tayyip Erdoğan, according to a statement from the Turkish presidential office.

The delivery of S-400 components began last week and is ongoing, with 15 shipments of related equipment so far having landed in Turkey over the last seven days.