Turkey to retaliate if US imposes sanctions over S-400 purchase, FM Çavuşoğlu says 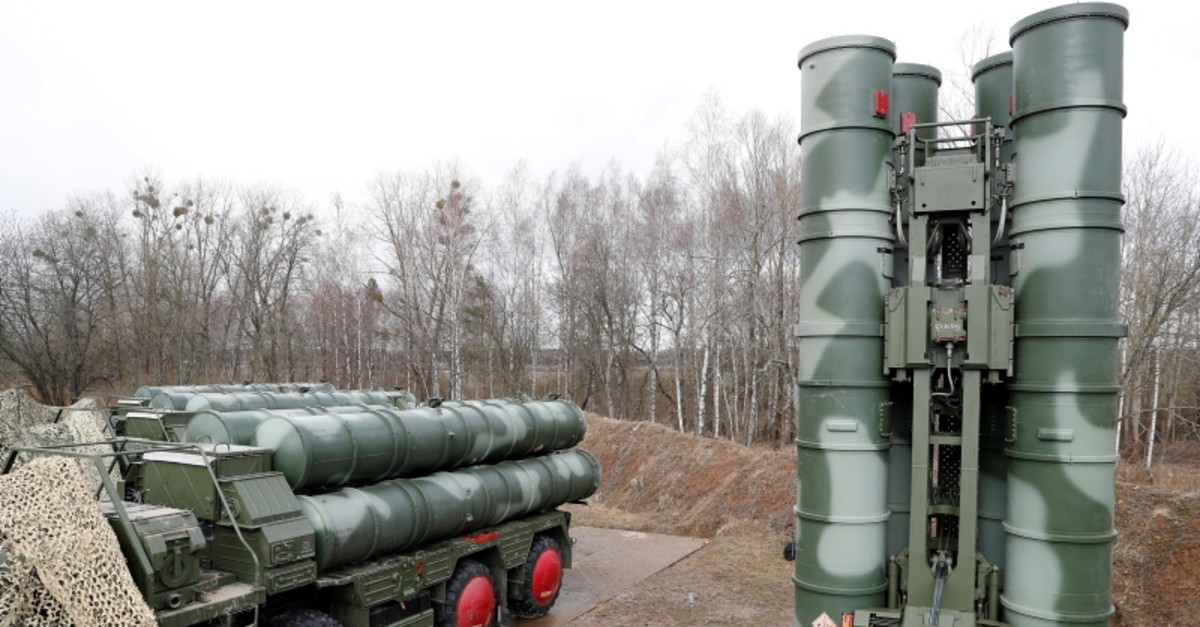 A view shows a new S-400 ,Triumph, surface-to-air missile system after its deployment at a military base outside the town of Gvardeysk near Kaliningrad, Russia March 11, 2019. (Reuters Photo)
by Daily Sabah with Reuters Jul 22, 2019 11:31 am

Turkey will retaliate if the United States imposes sanctions over Ankara's purchase of Russian S-400 missile defense systems, Foreign Minister Mevlüt Çavuşoğlu said Monday, adding that any such sanctions would be unacceptable.

In an interview with broadcaster TGRT News, Çavuşoğlu said that President Donald Trump does not want to impose sanctions and added that he did not expect the U.S. administration to take such action.

Trump is expected to hold a meeting Tuesday with GOP senators at the White House to discuss potential sanctions against Turkey. Some Republican lawmakers have called on Trump to enact sanctions on Turkey under the Countering America's Adversaries Through Sanctions Act (CAATSA), which aims to prevent countries from purchasing military equipment from Russia.

The sanctions law, which Trump signed in 2017, mandates that the president choose five among a range of 12 sanctions, from banning visas and denying access to the U.S.-based Export-Import Bank to harsher options such as barring transactions with the U.S. financial system and denying export licenses.

Çavuşoğlu added that the F-35 jet program partners do not agree with U.S. decision to suspend Turkey from the program.

He said Turkey will meet its defense needs elsewhere if Washington does not give Ankara the F-35 jets.

The S-400 will become active early next year, the foreign minister added.

Çavuşoğlu discussed the issue of Turkey's suspension from the F-35 program in a phone call with U.S. counterpart Mike Pompeo on Saturday.

Turkey has been at loggerheads with the United States for months over Ankara's planned purchase of the Russian missile defense system. Last week Washington announced that Turkey has been suspended from the F-35 fighter jet program and could face sanctions unless it scraps the plan to buy the Russian S-400s.

The Trump administration on Wednesday began the process of removing Turkey from the F-35 program. The expulsion is slated to be completed by the end of March 2020.

The delivery of S-400 components began in the second week of July and is ongoing, with over a dozen shipments of related equipment landing in Turkey so far.

US talks on Syria

Çavuşoğlu is meeting with the U.S. special envoy for Syria James Jeffrey on Monday in Ankara. He said he hopes an agreement can be reached on a planned safe zone in the war-torn country.

Çavuşoğlu said Monday that if the planned safe zone is not established and threats to Turkey continue, an operation will be launched east of the Euphrates River to oust the PKK-backed People's Protection Units (YPG), which are backed by the U.S., from the region.