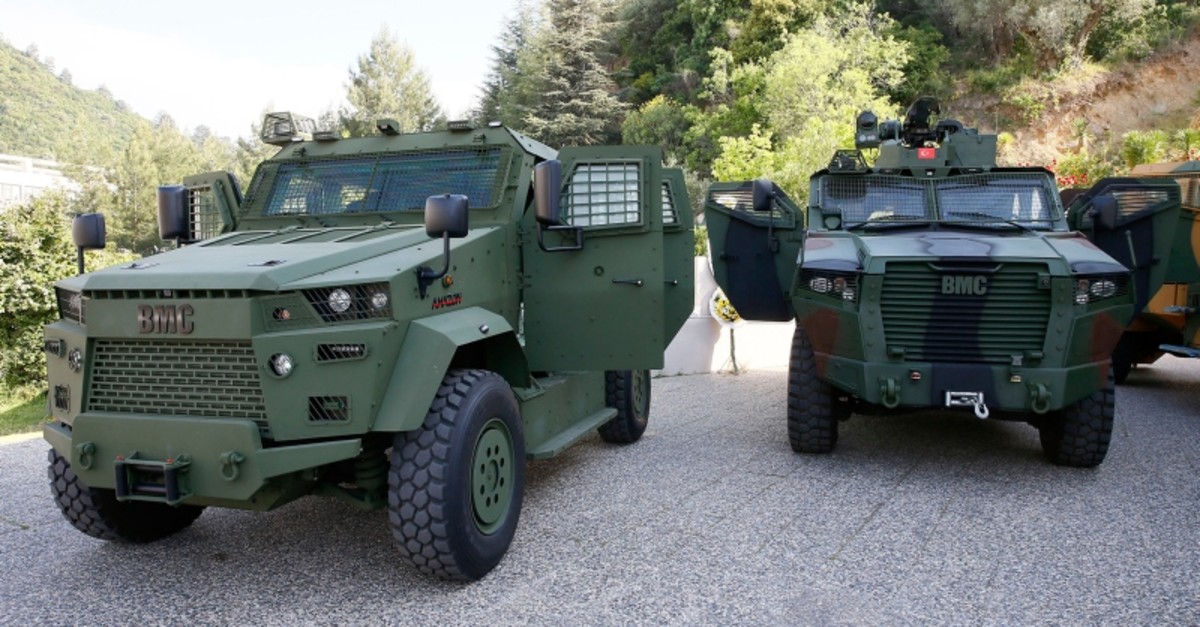 The U.S.-based magazine Defense News' annual list on company sales was updated on Wednesday, after it did not include BMC due to an editorial mistake when it released the list on Monday.

"Due to editorial oversight, BMC was not included in the original Top 100 ranking released July 22, despite submitting the company's data before the final deadline," the magazine explained.

BMC produces different types of military vehicles including tanks and armored cars, as well as commercial cars -- busses and trucks.

With the update, the number of Turkish defense companies in the list reached five -- Aselsan, TAI, STM, Roketsan, and BMC.

The country's largest defense electronics company Aselsan ranked 52nd in the list with $1.8 billion defense revenue, while TAI ($1.05 billion) was listed on the 69th spot. STM appeared on the 85th place of the list with $564.8 million, and Roketsan ($522.8 million) ranked 89th.

The total defense revenue of these companies was over $4.5 billion in 2018, according to the magazine's data.

In the list, the first four places were taken by the U.S. companies, with Lockheed Martin ranking first with nearly $50.5 billion defense revenue.

While 41 defense companies were from the U.S., 10 firms were British, 8 Chinese, 5 Turkish, 4 South Korean, 4 French, and rest of them from around the world.