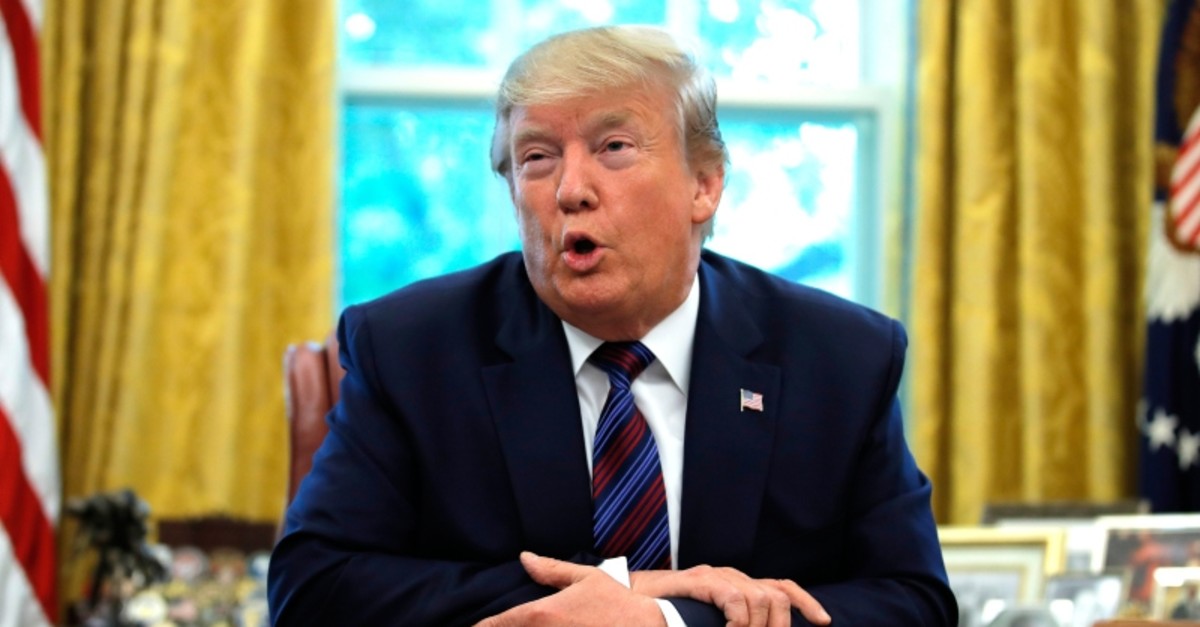 U.S. President Donald Trump said late Friday that he doesn't blame Turkey for purchasing a Russian missile defense system, once again signaling that he is loath to punish the U.S. ally economically over its S-400 deal with Russia.

Trump had previously called the situation "very very difficult" and blamed his predecessor, former President Barack Obama, for the row between Turkey and the U.S. The row escalated last week when the White House said it was no longer possible for Turkey to be involved in the F-35 program after parts of the S-400 missile defense system began arriving in Ankara. The U.S. also said it would impose sanctions on Turkey under the Countering America's Adversaries Through Sanctions Act (CAATSA), which aims to prevent countries from purchasing military equipment from Russia.

Following talks between Trump and senators this week, an assistant to one of the legislators in the White House meeting, speaking on condition of anonymity, said: "It was certainly clear that the president is not in a place right now where he wants to impose sanctions on Turkey."

The billionaire president has also reiterated many times that he has a close relationship with President Recep Tayyip Erdoğan.

"There is no timetable" in the so-called CAATSA legislation requiring sanctions for the S-400 purchase, State Department spokeswoman Morgan Ortagus said Thursday, stressing that the action taken on the F-35 program was already "very, very heavy."

The 2017 CAATSA legislation requires punitive economic measures against any country engaging in "a significant transaction" with the Russian military.

But since the delivery took place, Washington has subtly shifted. Secretary of State Mike Pompeo has now said that the red line is the "activation" of the missile defense system.

"The activation of the S-400 is unacceptable," he told Bloomberg TV on Thursday.

"There could be more sanctions to follow, but frankly what we'd really like is the S-400 not to become operational."

And Senator Lindsey Graham, an ally of the president, told the Defense One publication that he is mediating between the two sides. He said he told Ankara that "the sanctions don't have to be applied" if the systems aren't activated.

In exchange, Graham said, he offered to begin free trade agreement negotiations with Turkey — an approach Pompeo did not deny.

Meanwhile, Erdoğan has played along, saying the S-400 won't be operational until April. But he has also not bowed down to threats, arguing that it is a matter of national security and is ready to look for alternatives elsewhere.