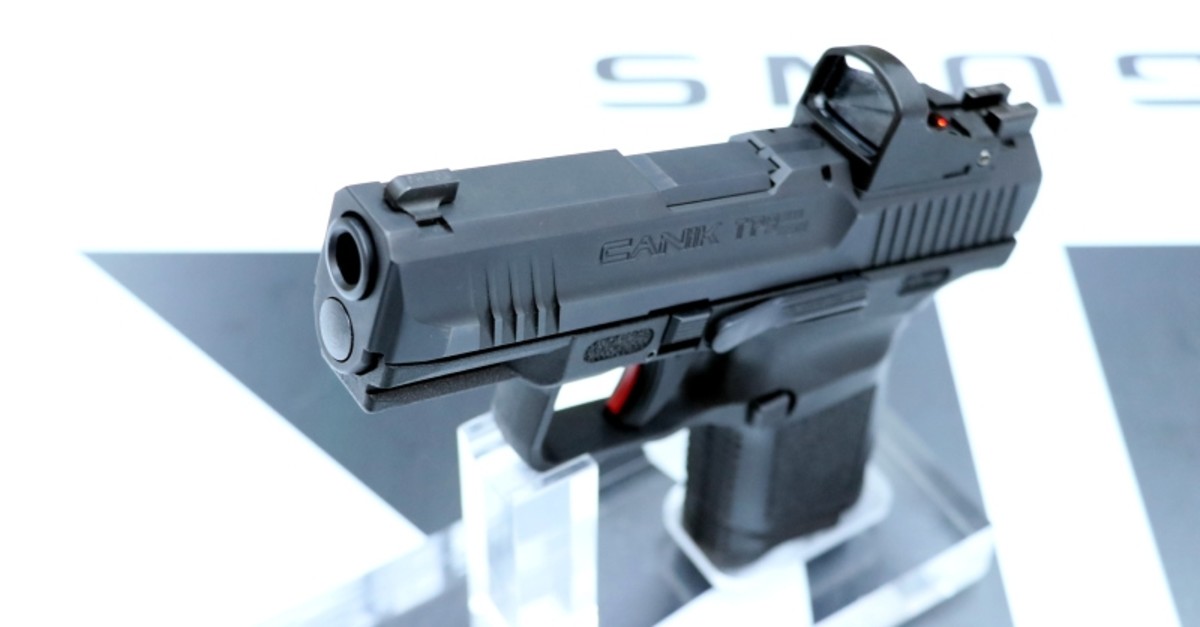 The TP9 Elite sub compact model gun, which was domestically developed by Turkey's Samsun Yurt Savunma Industry and Trade Inc. as the smallest model of its award-winning Canik series weapons, was released to the market in February this year as a sport shooting weapon and a handgun that could be used for security purposes.

Chairman of the defense company Cahit Utku Aral told Anadolu Agency that the weapon is the smallest version of the TP series and was produced for personal safety or polygon shooting, along with mission-oriented use by law enforcement officers, adding that they made the small sized model so that it would be suitable for undercover missions.

"While intelligence services don't need a high ammo capacity, they need handguns that can be concealed (for undercover missions)," Aral said, adding that by creating smaller weapons personnel won't have to adjust to weapons different than they are accustomed to, and hence not losing crucial muscle memory.

He said that sub-compact models should not stray too far from the general design of handguns, as major differences in parts such as the distance to the trigger, the bolt holder and the sight of the weapons will cause adaptation problems for security forces, especially after they underwent years of training with standardized weapons.

"To prevent this, we designed a sub-compact that performs the task of a mission gun," Aral said, adding that the weapon is the only one of its kind in Turkey and will enter the U.S. market too within this year.