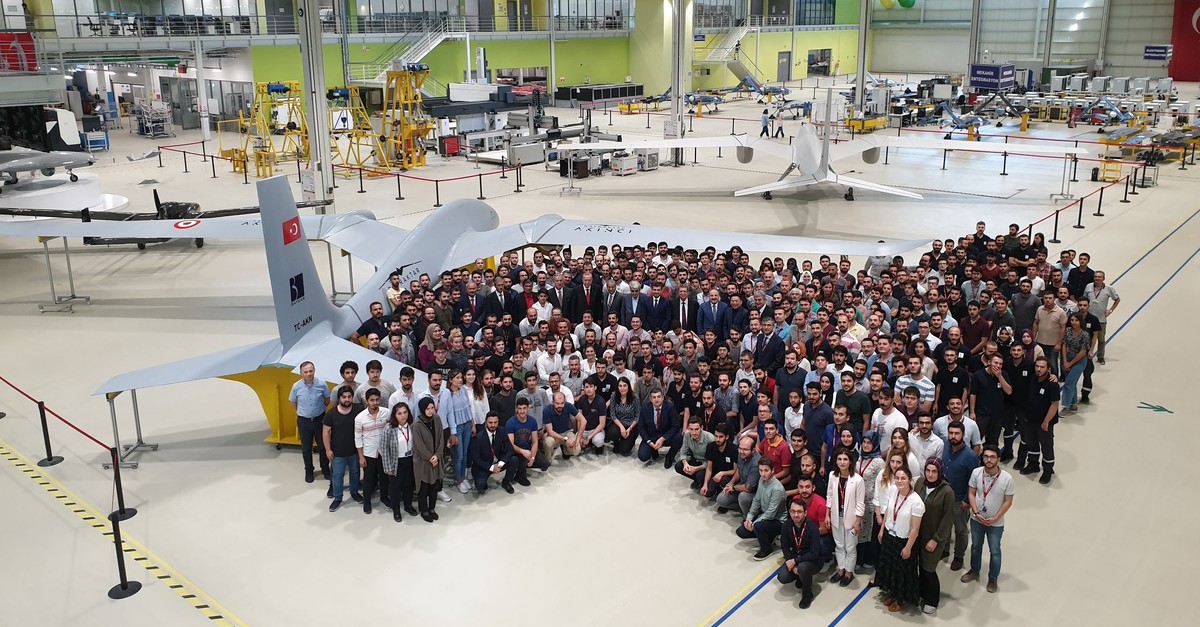 Erdoğan earlier met with Mahathir in Istanbul over breakfast at the Vahdettin Pavilion in Üsküdar district, accompanied by First Ladies of the two countries, Emine Erdoğan and Siti Hasmah Mohamad Ali.

After their breakfast the two leaders visited Baykar's facilities in Istanbul's Hadımköy district. Erdoğan and Mahathir were accompanied by Turkey's Industry and Technology Minister Mustafa Varank during their visit to Baykar, which was closed to press.

Baykar Makina is the manufacturer of the Turkish armed and unarmed Bayraktar drones, which have to date broken numerous records in the history of Turkish aviation and proved successful in Turkey's counterterror operations both at home and abroad.

Before he left Turkey, Mahathir received Malaysian press members at Istanbul's Sabiha Gökçen Airport, which is operated by Malaysia Airports.

Mahathir arrived in Turkey on July 24 at the invitation of Erdoğan.

The Malaysian prime minister received information about the Turkish defense industry and toured the facilities of TAI.

Mahathir also watched an airshow of unmanned air vehicles (UAV) (Anka), helicopters (Atak) and planes (Hürkuş) at TAI on the last leg of the visit.

In Thursday's joint news conference, Erdoğan said that they discussed cooperation between Turkey and Malaysia as two D-8 members and strategic partners.

The president said the two nations must increase their bilateral trade to $5 billion and continue the negotiations to expand the scope of the free trade agreement (FTA) that took effect in 2015. The aim is to include trade in electronic goods, services and investments. In 2018, Turkey's exports to Malaysia totaled $365.4 million while its imports from the country were recorded at $2.1 billion.

The Turkish president also presented Mahathir the Order of the State of the Republic of Turkey, the highest state order awarded to foreign nationals.