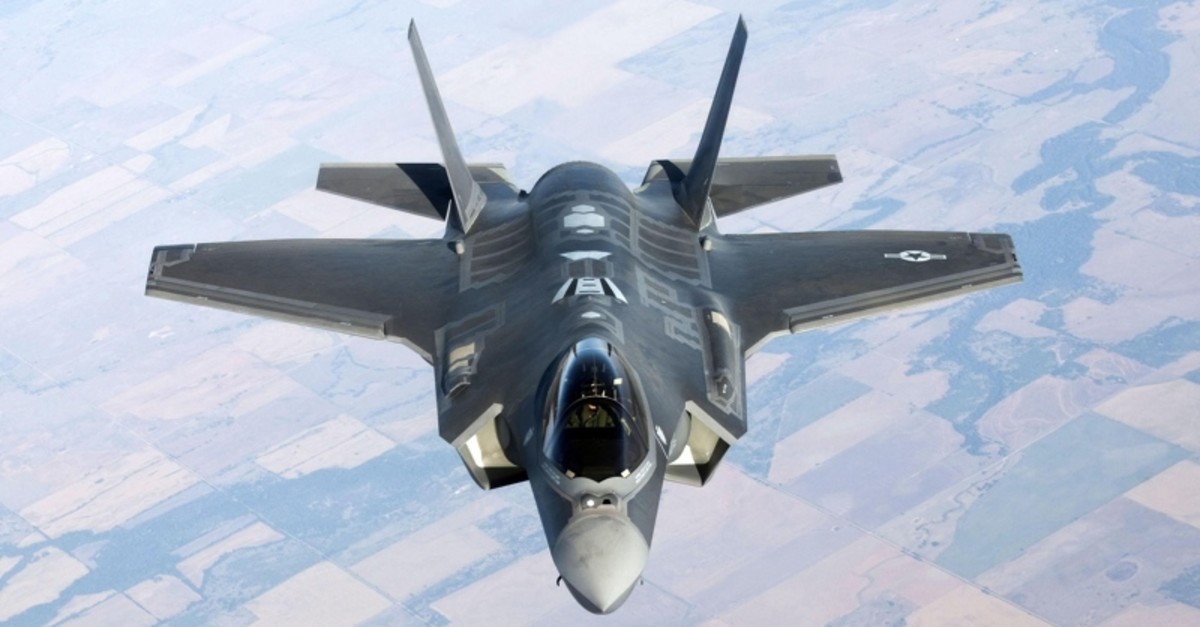 Israel secretly lobbied the U.S. Trump administration to block Turkey from purchasing its F-35 fighter jets in an effort to maintain its military edge in the region, Israeli media reports have claimed.

"It put pressure on Washington to cancel the sale of advanced aircraft to Turkey," it said.

Earlier last month, Washington announced it was taking Turkey out of the F-35 fighter jet program, following the threats to do so over Ankara's purchase of the S-400 the Trump administration began the process of removing Turkey from the F-35 program. The expulsion is slated to be completed by the end of March 2020.

Initially having ordered 30 F-35 jets, Turkey intended to buy 116 stealth fighter jets, and the country has already received four of them. However, although Turkey has fulfilled all the necessary financial commitments to the program, its four F-35 fighter jets will not be delivered and the training of the Turkish pilots was suspended.

The U.S. move drew harsh reactions from Ankara and exerted new strain on NATO. In case it doesn't get the F-35 jets, Turkish officials have said Turkey would meet its needs from other sources until it produces its own.

The U.S. move came after Turkey started receiving S-400 components on June 12. The National Defense Ministry last month said the first part of the delivery was completed, as part of which 30 planeloads of S-400 hardware and equipment were delivered to the capital Ankara from Russia. The delivery is set to continue through April 2020.

Since 2017, Turkey and the U.S. have been at odds over Turkey's decision to buy the S-400. U.S. officials urged Turkey to buy the U.S. Patriot missiles, arguing the Russian system would be incompatible with NATO systems and expose U.S. F-35 fighter jets to possible Russian subterfuge.

U.S. President Donald Trump has recently made multiple comments that expressed the president's reluctance to impose penalties on Turkey for acquiring the Russian system.

Lastly, on July 26, he said he did not blame Turkey for its acquisition of S-400s. Trump blames the Obama administration for the current row over its refusal to ink a deal with Turkey to sell it Raytheon's Patriot Missile systems.

Trump is further considering how to proceed with a law mandating sanctions for entities that conduct business with Russian defense firms.

The president signed the Countering America's Adversaries Through Sanctions Act (CAATSA) into law in 2017. But he reportedly told Republican senators during a closed-door White House meeting later last month that he is not in favor of implementing the penalties on Turkey.

While Trump has resisted penalizing Turkey over the S-400 issue, there has been pressure from Congress as well as his own administration to take measures against Turkey, including sanctions.

As for Israel, in the last two years, it started purchasing F-35s from the U.S., making it the only country in Middle East to own this type of fighter aircraft.

The Israeli government has signed agreements with U.S. defense contractor Lockheed Martin to purchase at least 50 F-35 aircraft using U.S. aid funds. So far, 16 aircraft have been delivered, and the remaining planes are slated to arrive in batches of twos and threes until 2024.