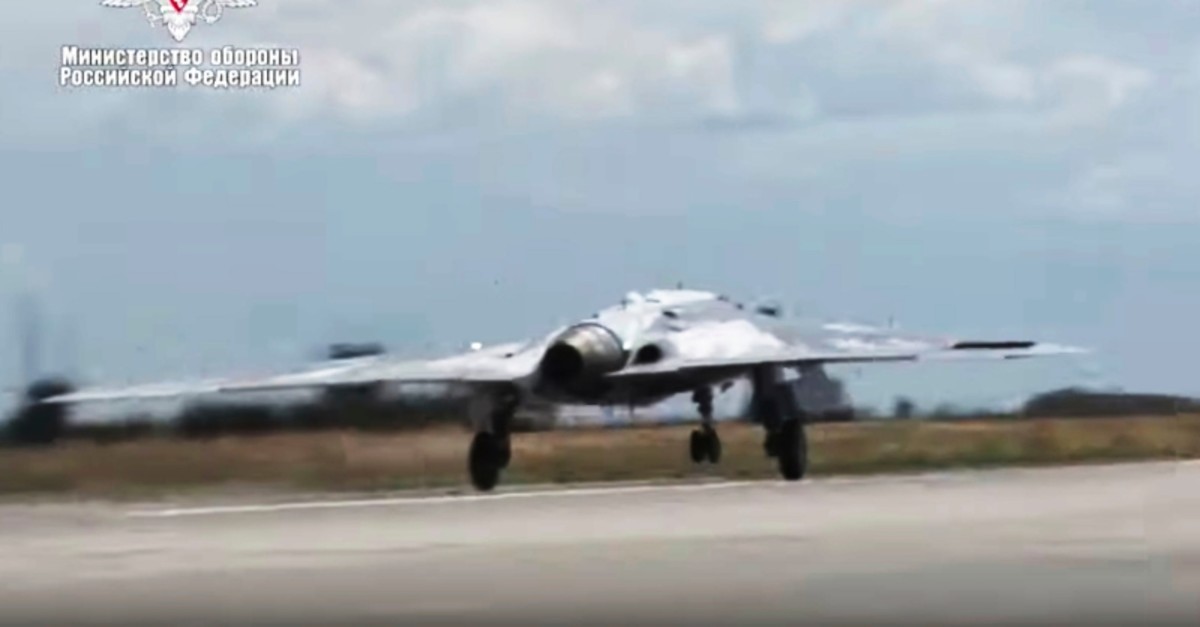 In this video grab made available on Wednesday, Aug. 7, 2019, by Russian Defense Ministry Press Service, Russia's military drone Okhotnik is seen taking off at an unidentified location in Russia (AP Photo)
by Associated Press Aug 07, 2019 3:06 pm

The Russian military says a heavy drone it's developing has made a successful maiden flight.

The Defense Ministry on Wednesday released a video showing the Okhotnik (Hunter) taking off, performing maneuvers and landing. The ministry has said that the drone, which has advanced reconnaissance and stealth capabilities, first flew for 20 minutes Saturday.

The wedge-shaped heavy drone developed by the Sukhoi company is a major leap compared to other unmanned aerial vehicles previously developed in Russia. The project has been veiled in secrecy, but Russian media reports claimed that the new drone weighs 20 tons loaded and has a range of up to 5,000 kilometers (3,100 miles).