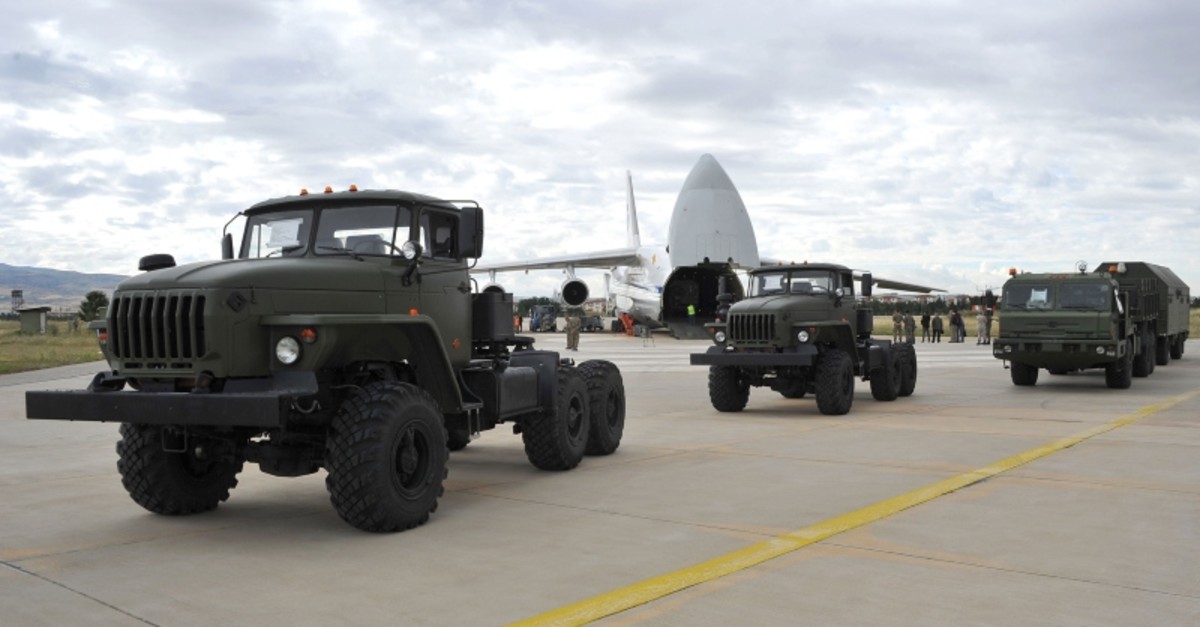 The delivery for the second battery of the Russian S-400 missile defense system will begin on Tuesday, Defense Minister Hulusi Akar said Monday.

"We aim to protect our country and people from external aerial and missile threats," Akar said.

The first part of the S-400 delivery was completed in late July after 30 planeloads of S-400 hardware and equipment were delivered to the capital Ankara from Russia as part of the initial batch.

According to sources inside the ministry, the second part of the shipment will also be delivered to Mürted Air Base in Ankara.

The Russian missile system has been a sticking point between Turkey and the U.S. for the past few months as Washington argued the S-400 system would be incompatible with NATO systems and expose the F-35 to possible Russian subterfuge.

Turkey, however, emphasized the S-400 would not be integrated into NATO systems and would not pose a threat to the alliance and rejected to step back from the deal. The dispute prompted the U.S. to suspend Turkey from the F-35 fighter jet program and with further threats of sanctions under Countering America's Adversaries Through Sanctions Act (CAATSA).

However, U.S. President Donald Trump said the dispute as a whole was "unfair" to Turkey as Washington repeatedly turned down Turkey's requests to purchase Patriot missile systems in the past.

"Because of the fact that (Turkey) bought a Russian missile, we're not allowed to sell them billions of dollars' worth of aircraft. It's not a fair situation," Trump said.

In his remarks after a meeting with President Recep Tayyip Erdoğan on the sidelines of the G20 leaders summit in Osaka, Japan in June, Trump had said Turkey had justified reasons on the S-400 issue. He blamed the Obama administration's reluctance to sell Patriot missiles to Turkey in 2013, saying Turkey was not treated fairly as a NATO member.