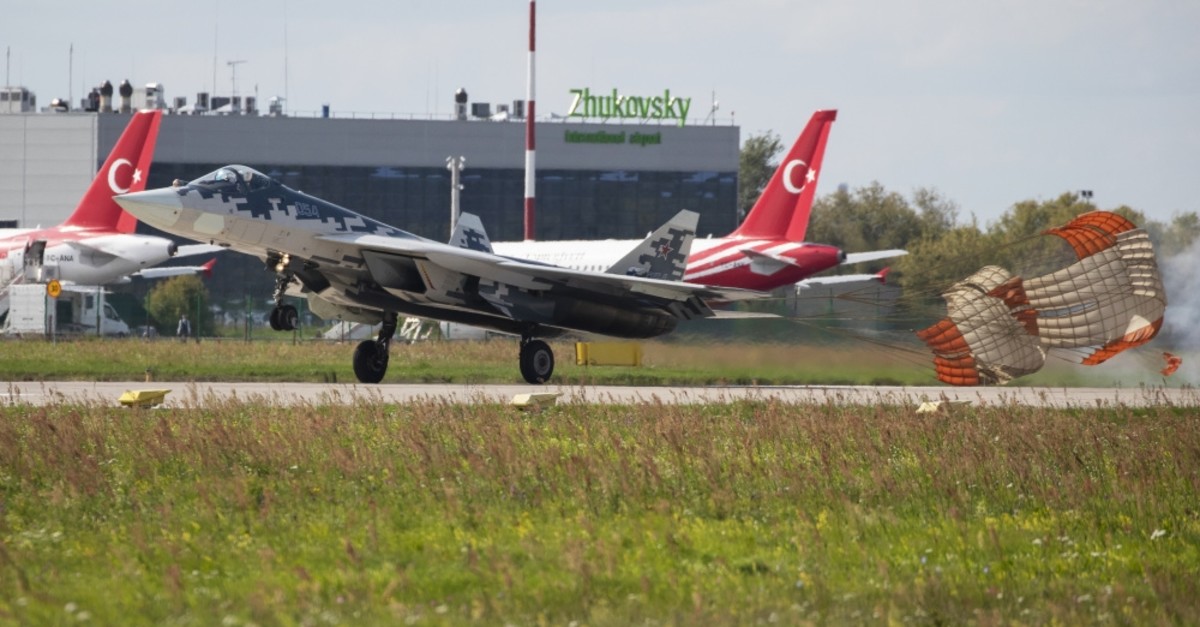 Russian and Turkish officials were to set to discuss cooperation on Su-35 and Su-67 fighter jets, aviation engines and electronic warfare systems, a Russian official said yesterday.Talking to reporters on the sidelines of the International Aviation and Space Salon MAKS-2019 in Moscow, Dmitry Shugayev, head of Russia's Federal Military-Technical Cooperation Service, said he was going to discuss the issue with his Turkish counterpart İsmail Demir. "Undoubtedly, important talks today will be with my Turkish counterpart, the head of the Defense Industry Department under the President of the Republic of Turkey, Mr. Demir. We will continue to discuss our topics on the agenda: the S-400, of course, also will touch on how we will move forward on Su-35, the possible supply of Su-57," Shugayev said.

He also said they will discuss cooperation in aviation, engines and electronic warfare. On Tuesday, Russian President Vladimir Putin introduced the latest achievements in the Russian aviation and space industry to his Turkish counterpart Recep Tayyip Erdoğan.

At the news conference following the meeting, Putin and Erdoğan said that they had discussed possibilities of cooperation and joint production in aviation and electronic warfare industries.

Erdoğan was in Moscow on Tuesday for a daylong trip. Turkish and Russian leaders held a meeting to discuss bilateral relations as well as regional and international developments, particularly Syria.