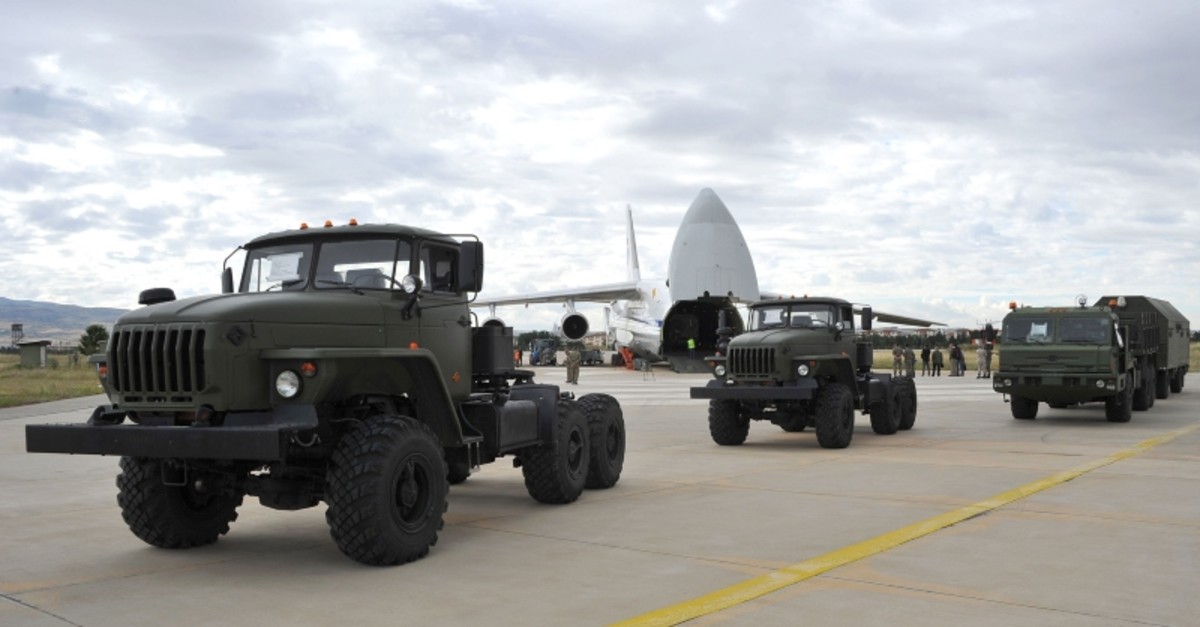 Ankara received its first Russian S-400 missiles in July. The delivery of the first battery was completed on July 25.

The delivery of second batch of equipment of the S-400 started on Aug. 27, and the delivery is slated to continue for around one month, according to the Defense Ministry.

Sensing that its protracted efforts to purchase an air defense missile system from its U.S. ally were not heading for success, Turkey signed a contract with Russia in April 2017 to acquire the S-400 anti-missile shield.

Opposing the deployment of the Russian system, U.S. officials argued that they would be incompatible with existing NATO systems and expose its advanced fifth-generation F-35 jet to possible Russian subterfuge.

Turkey, however, emphasized that the S-400 would not be integrated into the NATO systems, and therefore had no chance to pose any threat to the alliance or its armaments.

Turkey even asked for setting up of a commission to clarify any technical issues. But the U.S. has, so far, not responded to this proposal.

The U.S. began the process of removing Turkey as a partner on the multinational F-35 program in April after Ankara said it would not back down from its S-400 purchase. Tensions deepened in July, when Turkey received its first shipment of the Russian equipment.

The S-400 system is seen as one of the most advanced missile systems in the world, capable of tracking multiple targets simultaneously.

Israeli satellite intelligence company ImageSat International shared satellite images on Tuesday of what it claims to be the S-400 air defense system that recently deployed in a massive operation from Russia to Turkey.

The firm claimed the system is in operational mode and has been deployed at Ankara's Mürted Airbase.

#Breaking: for the #first time observed, the recently arrived from #Russia to #Turkey #S400 is in operational mode and deployed in #Ankara.#ISI #IMINT #VISINT #intelligence pic.twitter.com/YqNyym6FO7

"It is possible that the current S-400 stationing is a trial and test for deployment to a permanent site. However, we cannot rule out the option of this location being the permanent site," the company said.

The Turkish authorities have not disclosed any information regarding a permanent location for the Russian-made missile system. However, Turkish defense authorities and President Recep Tayyip Erdoğan have repeatedly said the S-400 systems will be ready for use in April 2020.