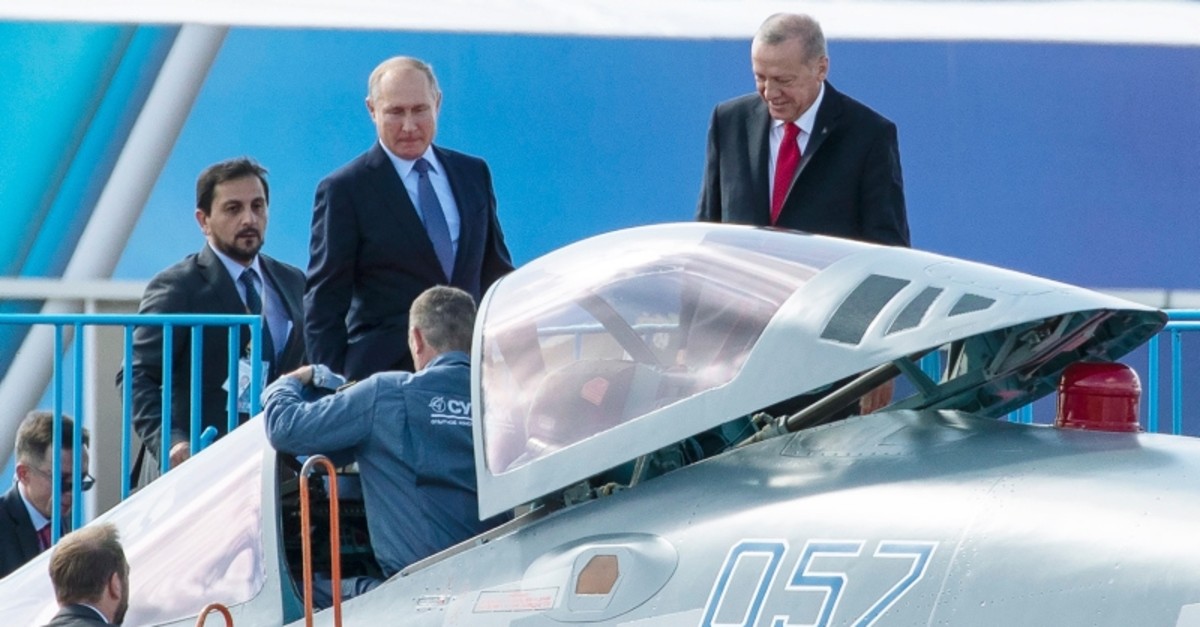 "These talks relate to an extremely sensitive topic, so it is premature to talk about it now. Many people observed Erdoğan's stay in Zhukovsky, what he looked at, what we showed. Both the Turkish side and our side have interest in this," Ushakov told reporters in Moscow.

The Russian official also said the delivery of the S-400 missile defense systems to Turkey is nearing completion.

Russian President Vladimir Putin is heading to Ankara on Monday to attend a trilateral summit with Turkey and Iran on Syria.

Bilateral meetings are also expected on the occasion, Ushakov said, where military cooperation is an agenda for the meeting between Erdoğan and Putin.

"At the bilateral meeting, the leaders, in addition to Syria, will discuss some important questions of the implementation of the agreements that were reached in Moscow and cooperation in the military-technical domain," he said.

With Iranian President Hasan Rouhani, Putin will discuss the establishment of an alternative payment to SWIFT. The issue is gaining momentum as Russian oil companies show interest in Iranian oilfield development.

Turkey, Russia, and Iran are the guarantor countries that brokered a cease-fire in Syria in December 2016, leading to the Astana, Kazakhstan talks, which are running parallel to the Geneva peace talks.