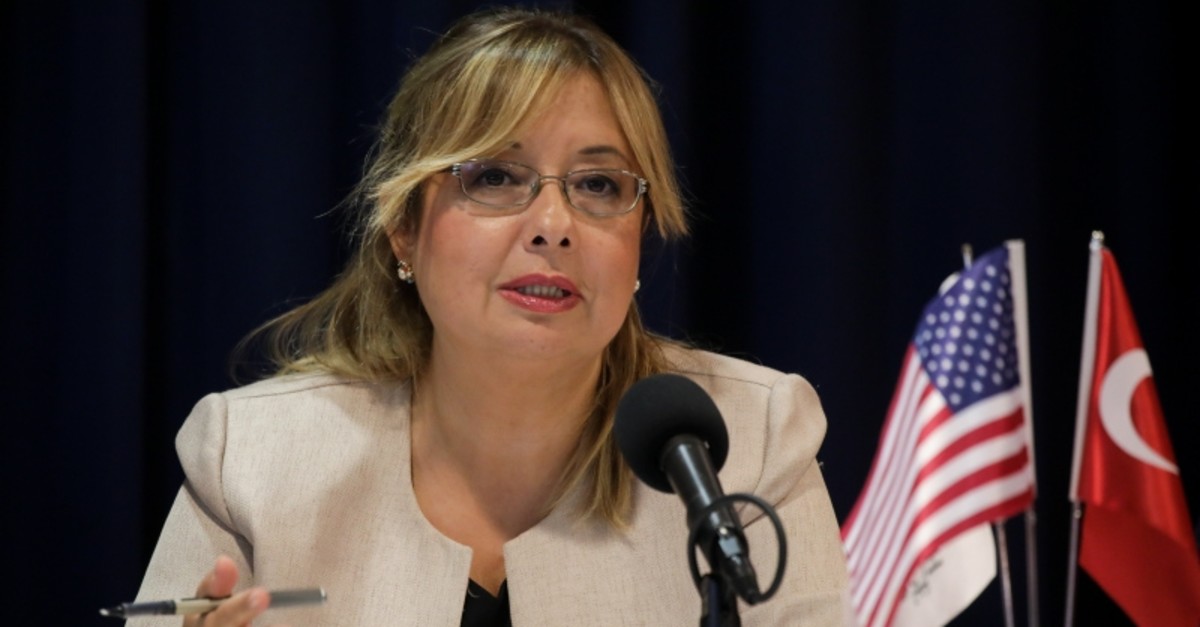 Turkey is open to Washington's Patriot missile proposal if it meets its expectations, senior adviser to Turkey's president Gülnur Aybet said, stressing that the U.S. should not see this as Ankara giving up the S-400 air defense system it has purchased from Russia.

Aybet's remarks came on the sidelines of a panel, "Turkey's Perspective on Regional Defense, Energy and Economy," in Washington in partnership with the Turkish Heritage Organization (THO) and World Affairs Councils of America (WACA).

The air defense system gap in Turkey's security polices has long been discussed as an important issue, she said in her address, recalling that Turkey held talks with other countries, especially the U.S., before it came to an agreement with Russia to purchase the S-400 air missile defense system.

Saying that Turkey maintained its approach to building its own national air defense system, Aybet said that they attached importance to technology transfer in this respect and discussed these issues with related countries.

The purchase of the Russian system has been a sticking point between Ankara and Washington, especially for the past few months, as the U.S. has argued that the S-400 system would be incompatible with NATO systems and expose its advanced fifth-generation F-35 fighter jet to possible Russian subterfuge.

In response to U.S. concerns, Turkey has emphasized that the S-400 would not be integrated into the NATO systems, and therefore had no chance to pose any threat to the alliance or its armaments. Turkey even proposed setting up a commission to clarify any technical issues. But the U.S. has, so far, not responded to this proposal.

The U.S. began the process of removing Turkey as a partner in the multinational F-35 program in April after Ankara said it would not back down from its S-400 purchase. Tensions deepened in July, when Turkey received its first shipment of Russian equipment. The delivery of the second battery of the system, which started on Aug. 27, was completed on Sunday.

The S-400 system is seen as one of the most advanced missile systems in the world, capable of tracking multiple targets simultaneously.

Further in her address, Aybet noted that Turkey chose the S-400 because it was a proposal that met the requirements in a certain period.

"Moreover, this purchase in no way threatens NATO's security elements. If different alternatives come to the fore beyond the S-400s, we will be looking at them as well," she added.

On the other hand, also speaking at the event, Deputy Minister of Energy and Natural Resources Alparslan Bayraktar pointed out that Turkey was making significant moves to reduce its dependence on foreign energy. "In the last three years, we have made serious investments, especially in energy infrastructure," he added.

Since Turkey was determined to move to a more predictable level in energy, Bayraktar said that the country took steps to diversify its energy resources after the U.S. re-instated Iran's sanctions and made contacts with other countries in the region.

Bayraktar further stressed that a fluctuation arising from hitting Saudi Arabia's oil facilities would affect everyone, highlighting the importance of uncertainties in the international oil market.