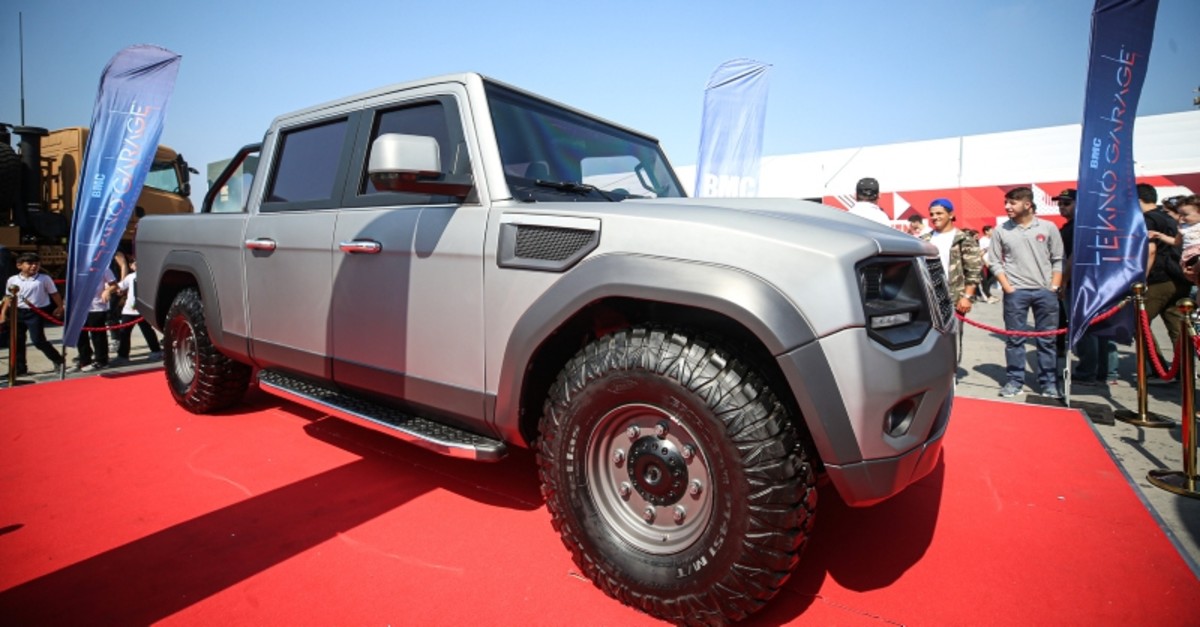 One of Turkey's largest commercial and defense vehicle producer BMC will develop at least seven different models of its newest armored pickup vehicle which was showcased for the first time ahead of the Teknofest Istanbul Aerospace and Technology Festival, one of the company's board members said Wednesday.

BMC Board Member Taha Yasin Öztürk told Anadolu Agency during the festival – which began on Tuesday and runs through Sunday at the now-closed Atatürk Airport – that they initially started to design the vehicle two years ago in order to meet the operational needs of security personnel working under the Interior Ministry, adding that they are now developing different versions for different areas.

Öztürk said that BMC also plans to begin mass production of the newly developed vehicle in the first week of January.

The vehicle weighs 6 tons, has 280 horsepower and can carry five people. A machine gun can also be put on the back of the vehicle. The pickup is mine sensitive, has BR 7 ballistic protection level and is resistant to up to 3 kilograms of TNT.

Öztürk noted that the armor is integrated into the pickup's production, rather than being attached afterward.

The new pickup has greater durability and longevity than current models, allowing it to be used in field operations for up to two years without problems, he said.

Organized by the Turkish Technology Team Foundation (T3), the TEKNOFEST Istanbul Aerospace and Technology Festival aims to showcase Turkey's rapid advance in technology and to promote technology advances as a national cause.