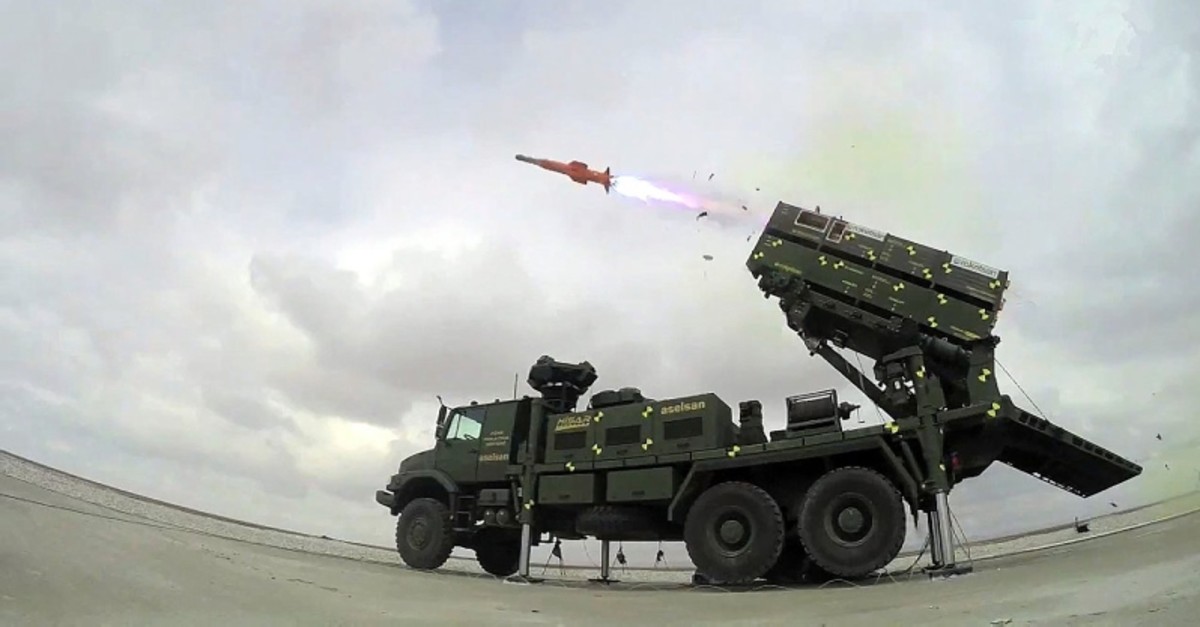 Defense Industry President Ismail Demir announced that the mass production of the project will start soon.

Demir's statement comes as Spain is threatening to withdraw Patriot missiles from Turkey over the country's ongoing anti-terror operation in northern Syria.

In the face of growing security threats engulfing its region, Turkey had to rely on Patriot batteries provided by its NATO allies Germany and the Netherlands, which were withdrawn in 2015, and later Spanish batteries took their place at the İncirlik Air Base in Adana.

Hisar air defense missile system was developed by ASELSAN and ROKETSAN under the coordination of the Undersecretariat for Defense Industries (SSM).

HISAR missiles are defense weapons developed to protect military bases, ports, facilities, and troops against air-based threats as well as to meet the needs of the Turkish Armed Forces for a low- and medium-altitude air defense security system.

In this context, Hisar's radar, command and control, and fire control systems were developed by Aselsan, while Roketsan was responsible for the development of the missile system.