Turkey's defense power capitalizes on homegrown products, not to be affected by arms embargo 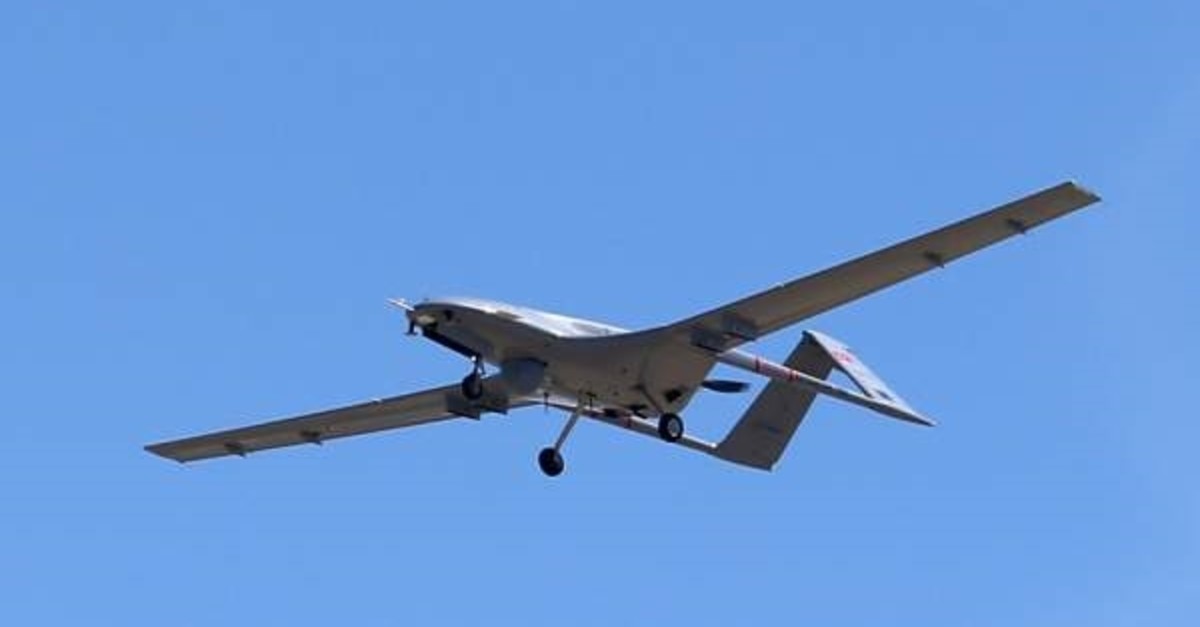 Turkey's success in anti-terror operations both at home and abroad have been secured through the vast development of its domestic defense industry, which annuls any major impact of an arms sales ban to the country by NATO allies

In the last two decades, the Turkish defense industry has made remarkable progress in reducing its dependence on foreign products.
Nowadays, Turkey has reached a domestic production rate of defense platforms and products of almost 70%. The development of the defense industry, enabled through homegrown air, land and marine platforms, has secured Turkey’s success in anti-terror operations both at home and abroad, namely in northern Iraq and Syria, without relying on imported defense products.
Therefore, the recent export freeze announcement by the Netherlands, Norway, Germany, France, Italy and Finland, on the grounds of Turkey’s Operation Peace Spring into northeastern Syria, have no impact or is very limited on the defense capabilities and inventories of the Turkish military.
In a speech in Istanbul yesterday, President Recep Tayyip Erdoğan emphatically stated that threats of sanctions and arms embargoes by Western powers would not stop Turkey's military offensive to eliminate terror threats in northern Syria.
Turkey launched its third military operation into northern Syria with Operation Peace Spring on Oct. 9, to clear all terrorist groups situated east of the Euphrates River that pose a grave threat to the country’s national security.
"After we launched our operation, we have faced threats like economic sanctions and embargoes on weapons sales. Those who think they can make Turkey turn back with these threats are gravely mistaken,” the president said.
Last week, Norway, which is also Turkey's North Atlantic Treaty Organization (NATO) partner, and Finland announced the suspension of all new arms exports to Turkey and any other country involved in the fighting. On Friday, another NATO partner, the Netherlands, also announced the freeze of all weapons exports to Turkey over Operation Peace Spring.
France and Germany said Saturday that they were suspending arms exports to Turkey over the military operation.
Germany exported arms worth 243 million euros ($268 million) to Turkey in 2018, accounting for almost one third of all German weapons exports, according to the weekly Bild Am Sonntag.
According to the data of the Stockholm International Peace Research Institute (SIPRI), Turkey spent $8.3 billion on defense product imports in 2008-2018.
In that period, Turkey barely imported arms and ammunition from the Netherlands and Finland. Purchases from Norway totaled only $12 million in the same period, SIPRI data showed.
Defense imports from Norway totaled $267 million in this period, but Turkey’s imports from the country significantly diminished in the last two years. Arms imports from Italy, according to the SIPRI, came at $766 million, including $181 million last year. In 2018, defense imports from Germany only stood at $30 million.
Between 2009 and 2018, Turkish military expenditure increased by 65% to reach $19 billion. In 2018 alone, spending grew by 24%, the highest increase in military expenditure among the top 15 military spenders.
Turkey had been exposed to an arms embargo by its NATO ally the U.S. during its Cyprus Peace operation in 1974, which was conducted to save Turkish Cypriots from the genocide of Greek Cypriot militias.
During the embargo, from February 1975 to September 1978, Turkey was unable to receive the jets it paid for and could not get back its planes that were under maintenance, even spare parts for the platforms provided by allies were not delivered. This embargo cost Turkey billions of dollars and in order not to experience a similar a situation again, the country mobilized its industrial capabilities to ensure the reinforcement of the defense industry.
Locally developed defense platforms have played a significant role in the success of operations in northern Syria – Euphrates Shield and Olive Branch – that Turkey carried out against terror groups, including Daesh and the PKK terrorist group's affiliate, the People's Protection Units (YPG), to thwart national security threats.
A wide variety of air and land defense platforms are also deployed in Turkey's Operation Claw being carried out in the Hakurk district of northern Iraq to eliminate threats from the PKK, which is a U.S. and EU-designated terror group.
In addition to unmanned aerial vehicles (UAVs) and armed drones in the air, self-propelled howitzers, rifles, surface-to-surface missile systems and multi barrel rocket launchers are currently being used by the Turkish Army in northern Iraq.
The armed Bayraktar Tactical Block 2 (TB2) drone, developed by Turkey's Baykar Makina, provides intelligence and fire support to security forces. The platform, which served for 4,000 hours during Operation Olive Branch, ensured success and precise victory in the operation.
Another UAV developed by the Turkish Aerospace Industry (TAI), the ANKA-S, is also on duty collecting intelligence and providing assistance for the operation center to precisely aim at targets and locate hostile elements. Both the ANKA and Bayraktar drones are also active in Operation Peace Spring.
Turkey, an exporter of defense, aerospace systems
Turkey's defense and aerospace exports recorded a surge of 37.7% in the period of January to September compared to the same period last year and hit $1.9 billion – the highest level in the country's history. Defense exports totaled $1.3 billion in the same period last year.
Data compiled by the Turkish Exporters Assembly (TİM) revealed that defense and aerospace industry has recorded the highest rise in exports among other sectors in the first three quarters of the year. Overall Turkish exports rose by 2.6% in this period.
The significant rise in the defense exports were followed by the cement, glass and ceramics exports with 18.9% and the abroad sales of chemicals with 17.6%. Hazelnut exports increased by 11.3%.
In the first nine months of the year, defense and aerospace exports to the U.S. rose by 17.1% and totaled $595.2 million. Germany came second with total defense exports of $184.7 million and defense sales to Europe's largest economy rose by 9.7%. The sector's exports to Oman recorded a rise of 35.8% and reached $184.7 million.
Another drastic rise was seen in the defense sales to Qatar with 336.6%, while exports to the country totaled $138.7 million. The highest surge, however, was recorded in the exports to the United Arab Emirates (UAE). The defense sales to the country hit $96.4 million, rising by 763.8%.
Last Update: Dec 20, 2019 1:03 am
RELATED TOPICS