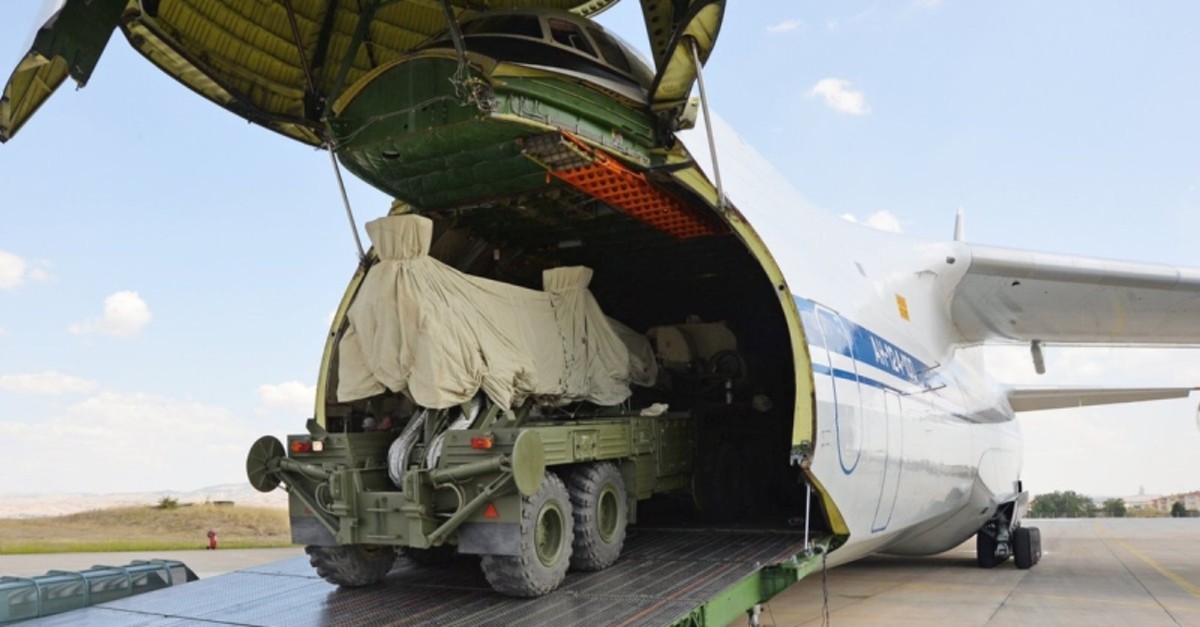 | AA Photo
by Daily Sabah Oct 23, 2019 10:44 am
Russia said Wednesday it had completed the deliveries of S-400 missile defense systems to Turkey.
Alexander Mikheyev, the head of state-controlled arms trader Rosoboronexport, said the contract was completed ahead of schedule.
“(We) successfully handled the logistics and delivery. We had 72 flights via air transport. Everything worked out well, without any disruptions,” Mikheyev told Russian news agency Interfax.
He said Moscow and Ankara are already discussing “the option, financial model, and delivery time.”
“The localization (of the production) program is already at the final stage,” the Rosoboronexport CEO added, without disclosing the details of the S-400 production in Turkey.
Mikheyev also said Russian specialists are currently training Turkish personnel to operate the equipment that has already been delivered. The air defense systems will be activated when the training ends.
The Ankara-Moscow S-400 deal was inked in December 2017, when the parties signed a $2.5-billion agreement for two batteries of the S-400, which is Russia's most advanced long-range anti-aircraft missile system in use since 2007.
The deliveries of the S-400s began in July and were completed in mid-September.
President Recep Tayyip Erdoğan said the systems would be fully deployed in April 2020.
Last Update: Dec 20, 2019 1:11 am
RELATED TOPICS