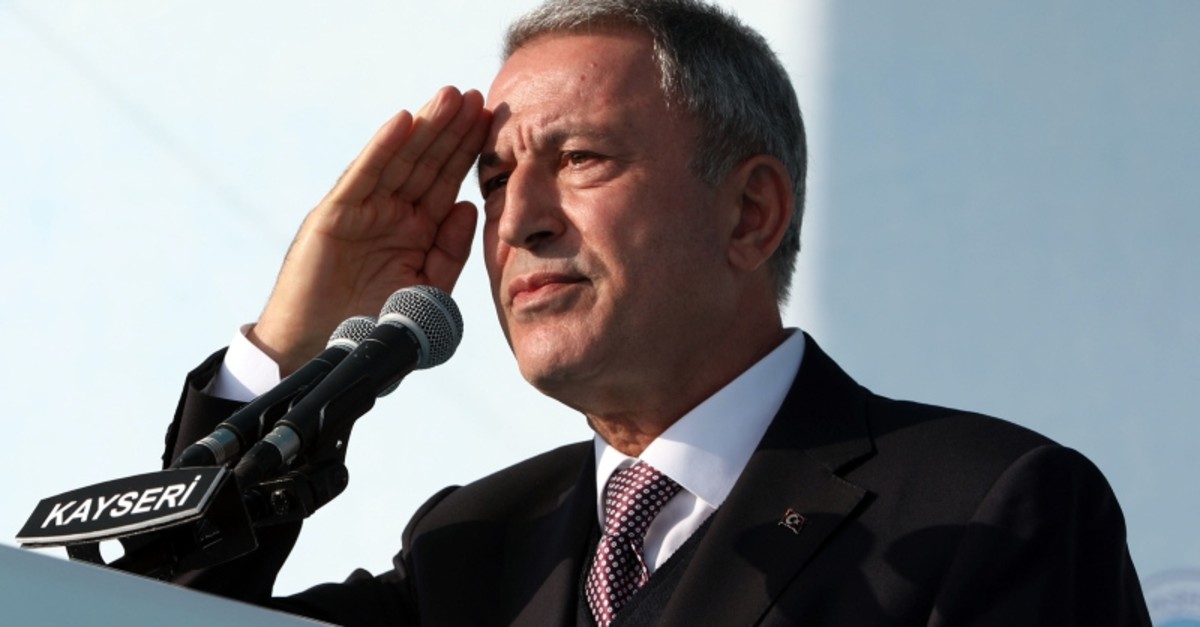 Turkey expects that disagreements with the United States over production of F-35 fighter jets will be overcome, Defense Minister Hulusi Akar told Reuters, adding that Ankara remains at the center of NATO despite criticism from allies over its counterterrorism operation in Syria.

Akar rejected criticism that Turkey was drifting away from its Western allies.

"We are at the center of NATO, and we remain determined to carry out all of our responsibilities fully. We are going nowhere," he said.

"Ankara could buy the Patriot missile defense system from U.S.," Akar said in an interview Wednesday.

Turkey, which also wanted to buy the jets, has since said it could look elsewhere.

"We hope that we will continue producing them. There are some issues right now, but I believe these issues will be overcome," Defense Minister Hulusi Akar said .

"We are partners in the production of F-35s, and we have been investing in the project for years, around $1.5 billion... producing some of its parts in Turkey," he added.

He also said he hoped U.S. sanctions would only be temporary over Turkey's operation in northeastern Syria.

Akar also said that Turkey will listen to the German offer of a safe zone in northern Syria on Thursday.

German Defense Minister Annegret Kramp-Karrenbauer plans to introduce a draft for an internationally controlled safe zone along Syria's border with Turkey at the NATO meeting this week, despite Turkey's existing plan to create a safe zone there after the withdrawal of PKK-linked terrorists.

Turkey launched Operation Peace Spring, the third in a series of cross-border anti-terror operations in northern Syria targeting terrorists affiliated with Daesh and the PKK's Syrian offshoot the People's Protection Units (YPG), on Oct. 9 at 4 p.m. The operation was paused on Oct. 17 after a deal between Ankara and Washington to give the YPG five days to withdraw from the proposed safe zone area.

On Tuesday, Ankara and Moscow reached a deal that will see Russian military police and Syrian border guards "facilitate the removal" of YPG terrorists and their weapons from within 30 kilometers (18 miles) of the border.

This withdrawal must be finalized within 150 hours.

The agreement will also see Turkey preserve a "safe zone" inside Syria about 120 km long and 32 km deep. Russia and Turkey will eventually launch joint patrols along the zone.