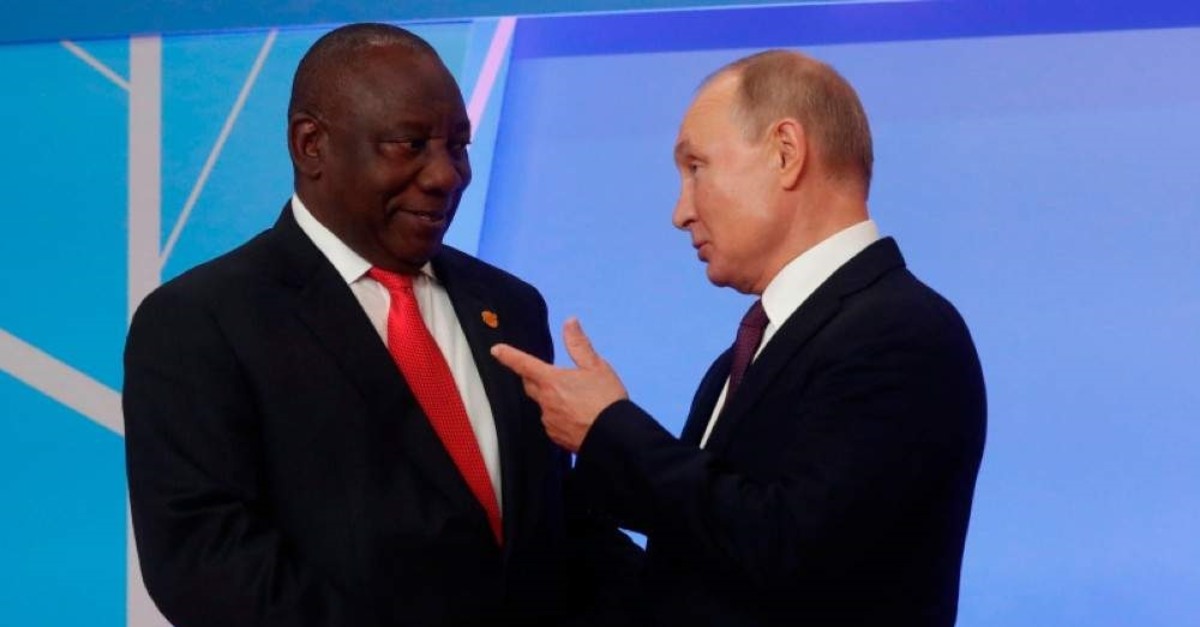 Russian President Vladimir Putin greets South African President Cyril Ramaphosa during the official welcoming ceremony for the heads of state and government at the 2019 Russia-Africa Summit in Sochi on Oct. 23, 2019. (AFP)
by Daily Sabah Oct 24, 2019 12:15 am

The two “Blackjack” bombers landed at the Waterkloof Air Force Base on the outskirts of Pretoria on Wednesday afternoon, in a rare instance of cooperation between the two countries.

“The military-to-military relations between the two countries are not solely built on struggle politics but rather on fostering mutually beneficial partnerships based on common interests,” the South African National Defence Force said in a statement.

The delivery of the bombers coincided with the Russia-Africa Summit and Economic Forum, for which leaders of 30 African countries have gathered in Sochi this week.

At the forum, Nigeria signed an agreement with Russia to purchase 12 combat helicopters.

The director of the Russia’s Federal Service for Military-Technical Cooperation (FSVTS), Anatoly Punchuk, announced the deal on 12 Mi-35 helicopters in a statement, according to Sputnik.

Nigerian Foreign Minister Kalla Ankourao wanted to buy the helicopters to use in the country’s fight against Boko Haram, according to Russian media.

Moscow aims to sell $4 billion worth of arms to African countries in 2019.